How Jazz-Mugham emerged in Azerbaijan 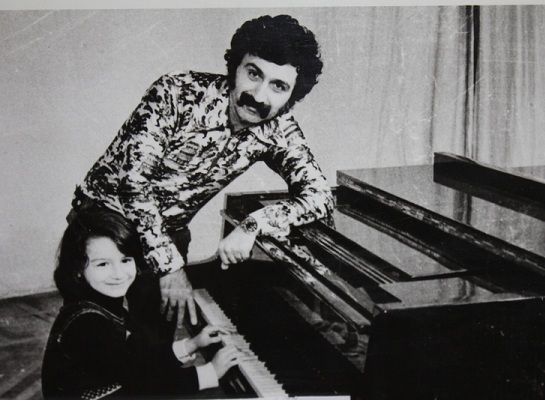 An Azerbaijani jazz pianist and composer Vagif Mustafazadeh is credited with fusing jazz with mugham. He integrated two different ways of musical thinking by conjoining mugham with rich jazz harmony, fusing familiar motifs with swing, using both jazz and mugham types of melodic elaboration. Mustafazadeh learned the classical jazz repertoire from recordings by the help of the characteristics of the oral transmission of mugham.

The style reached its full fame in the 1950s and 1960s under the influence of composer Rafig Babayev and his Gaya Quartet. Dizzy Gillespie, the legendary American jazz trumpeter, reportedly lauded Mustafazadeh for creating "the music of the future."

His works and performance were praised by internationally known leading world musicians, such as Willis Conover and B.B. King. More than three decades since Mustafazade's death, a larger number of his recordings from all periods of his career are more widely available in stores than at any time during his lifetime.

Vagif Mustafazade was born in 1940 in a difficult period when the country did not wear the smile of jazz on its face. But he went on to become a shining star in the darkness and developed into an extraordinarily great jazzman, pianist and composer.

He was only 39 years old when he died on stage while performing in Tashkent (Uzbekistan) in December 1979.