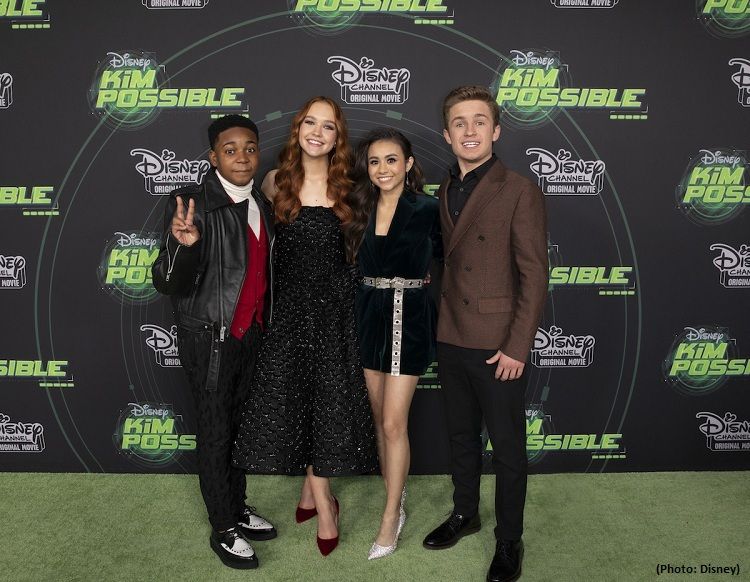 Its TV arm beats the studio to the punch and round-house kick, however, with "Kim Possible," a Disney Channel live-action movie based on the animated series.

Disney has been shrewd about mining its vaults for new projects, which explains this year's theatrical troika of "Dumbo," "Aladdin" and "The Lion King." A somewhat less-heralded strategy has also been on display in television, where movies like "Descendants" -- about the teenage children of the Disney villains -- have become one of Disney Channel's most potent calling cards.

"Kim Possible" represents a totally homegrown concept, having begun as an animated show -- about a "basic average girl," as the catchy theme song goes, who spends her spare time saving the world as a secret agent when not surviving high school -- that made its debut in 2002 and ran for five seasons.

The movie largely assumes the audience is familiar with that concept, launching directly into a new adventure as Kim (Sadie Stanley, in her first major role) begins high school. She's joined by her friend Ron (Sean Giambrone) and tech genius Wade (Issac Ryan Brown of Disney's "Raven's Home") as she seeks to thwart the latest nefarious plot by Drakken and Shego, played, respectively, by Todd Stashwick and Taylor Ortega.
For Disney, the live-action movies serve multiple purposes, driving merchandise and helping to promote other properties. In "Kim's" case, the immediate beneficiary is "Fast Layne," a new eight-part series about a 12-year-old girl who discovers a talking car named "VIN," which will be reviewed after the movie.
Nevertheless, there's always some risked baked into these seemingly can't-miss projects, which involve reintroducing characters to new generations of young fans. While that's especially true with "Dumbo" or "Aladdin," it's also an issue for something like "Kim Possible," inasmuch as some kids who watched the show when it premiered are parents themselves now.
At the "Kim Possible" premiere on Feb. 12, Disney Channels Worldwide president/chief creative officer Gary Marsh said a movie about an empowered teenage girl feels "just right for our times right now."
Will that formula translate into the sort of success the network has enjoyed with "Descendants" as well as the "High School Musical" and "Teen Beach Movie" movies? It certainly seems, well, possible.