"I am a citizen of Ukraine, pay taxes and sincerely love Ukraine," - entrant of Eurovision | Eurasia Diary - ednews.net

"I am a citizen of Ukraine, pay taxes and sincerely love Ukraine," - entrant of Eurovision 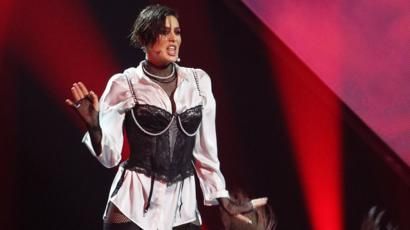 Ukraine's entrant for the Eurovision Song Contest, Maruv, has been dropped in a row related to tensions between her country and Russia.

Maruv's song, Siren Song, won a public vote on Saturday, but the singer later fell out with the country's national broadcaster.

She was given 24 hours to sign a contract that temporarily barred her from playing in Russia.

Talks stalled on Monday and the broadcaster revoked Maruv's nomination.

The 27-year-old, whose name real name is Anna Korsun, said she was prepared to cancel her next tour of Russia, but that other stipulation in the contract amounted to "censorship".

she reports that "But I am not ready to address with slogans, turning my participation in the contest into the promotion of our politicians. I am a musician, rather than a bat at the political stage."

The star, whose song has been watched 6.8 million times on YouTube, added: "I sincerely thank and appreciate everyone who believed in me and voted.