Netflix hits back at backlash to Oscars run and Steven Spielberg 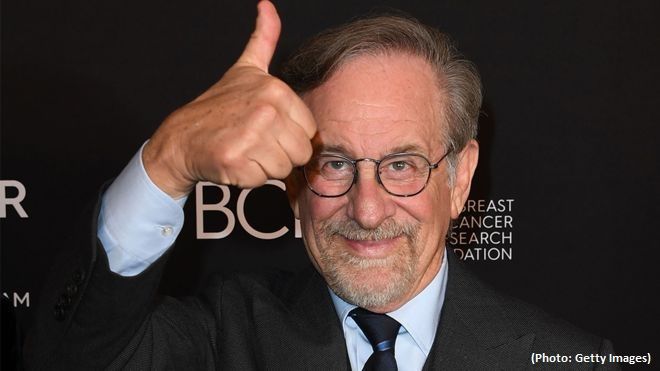 Netflix has defended itself against backlash to its Oscars run after some filmmakers - including Steven Spielberg - have criticised its films being in the awards ceremony.

The streaming service tweeted that they "love cinema" but feel it should be easier for people who can't get to theatres to see films.

The Netflix film Roma got 10 Oscar nominations and won three.

It was expected to win the best picture award but was beaten by Green Book.

Steven Spielberg, the legendary director who has made films such as Jurassic Park and ET, is part of the Academy - the organisation which gives out the awards.

The issue's expected to come up at an Academy meeting next month, according to IndieWire.

Last year, the director said that Netflix films should compete in the Emmys - the awards for TV shows, as he argued the company produces TV movies.

Netflix does release some of its films in cinemas for a few weeks so it can qualify for awards such as the Oscars.

At an awards show in February, Steven Spielberg said that he loves TV but "the greatest contributions we can make as filmmakers is to give audiences the motion picture theatrical experience."

Netflix's tweet didn't specifically reference Steven Spielberg or the Oscars, but it comes after a weekend of reports that changes to the Oscars would be discussed.

Director Ava DuVernay, who's made films such as A Wrinkle in Time and Selma, tweeted to say she felt differently to Spielberg.

She was nominated for an Oscar in 2017 for her Netflix documentary 13th, about the US prison system.