The bombing of Barda is a war crime which Pashinyan and his generals are responsible - British Journalist
Read: 685

"I can no longer see France, which shines in all its glory" - A moral lesson from a French Muslim woman to Macron
Read: 603 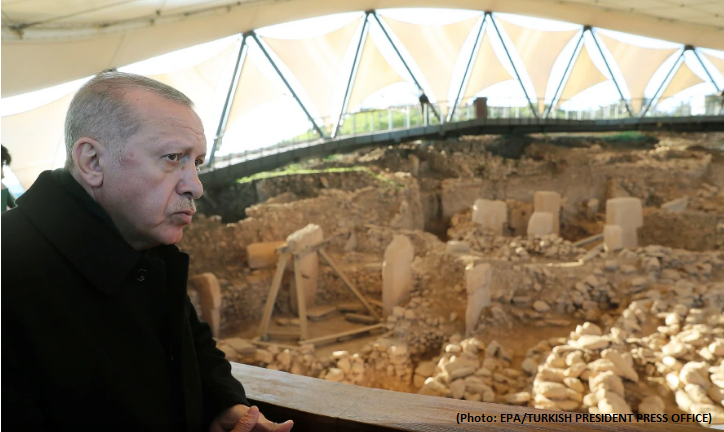 Turkish President Recep Tayyip Erdogan on Friday inaugurated the ruins of what is thought to be the world’s oldest temple, Turkey’s Anadolu Agency reported.

“Turkey is an open-air museum,” said Erdogan, speaking at a ceremony at the Gobeklitepe archaeological site located in Turkey’s southeastern province of Sanliurfa.

Erdogan added that archaeological research should be promoted in order to uncover more historical artifacts and sites in Anatolia region.

With 2019 declared as “the Year of Gobeklitepe” in honour of the 12,000-year-old temple, the region expects to be thronged by tourists.

Erdogan said the ancient site contributes to the common cultural treasury of humanity, and that it has already become a “very important reference” in terms of showing the deeply rooted civilisation in Anatolia.

The remains were discovered in 1963 when researchers from Istanbul and Chicago universities were working at the site. Since then, the excavations have never stopped.

The German Archaeological Institute and Sanliurfa Museum have done joint works at the site since 1995 and have found T-shaped obelisks from the Neolithic era measuring three to six metres (10-20 feet) high, and weighing 40 to 60 tonnes.

During the excavations, 12,000-year-old diverse artifacts like 65-centimetre-long human statues were also discovered.