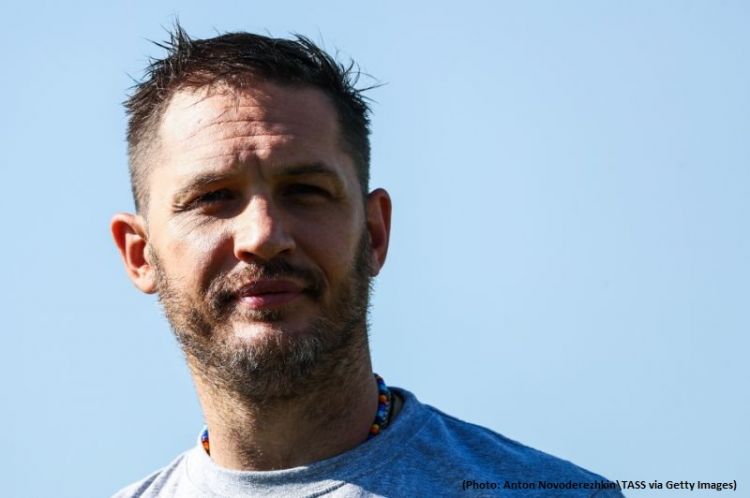 We got our first look at Tom Hardy as notorious gangster Al Capone back in August 2018. Now, director Josh Trank has shared a trio of images from the set of Fonzo which give us another glimpse at the actor in costume.

Taking to his personal Instagram account, the filmmaker posted a still of Twin Peaks star Kyle MacLachlan from his upcoming biographical crime film. In the photo, MacLachlan is sporting a stone-coloured suit, a striped shirt, a jazzy bow-tie and a fedora. It has previously been reported that the 60-year-old is playing Capone’s doctor in the movie.

Also seen in the snapshots are Neal Brennan – whose part is yet to be revealed – and Fighting with my Family actor Jack Lowden, who is in costume as FBI agent Crawford.

He looks just the part with his slicked hair, smart waistcoat and patterned tie. While Hardy is standing alongside the men, dressed in burgundy silk pyjamas and pulling a spot-on Capone expression, the most interesting picture, perhaps, is that of him sitting and smoking a cigar behind a clapperboard. In the black and white image, you can clearly see how the film’s hair and makeup team have given Hardy false scars to match with Capone’s. It has always been widely reported that he got the markings on his left cheek and chin after he was slashed during an altercation in The Harvard Inn on Coney Island.

Also starring Green Book‘s Linda Cardellini as Capone’s wife Mae and The House That Jack Built‘s Matt Dillon as his closest friend Johnny, Fonzo will centre on Capone as he navigates life after an 11 year prison stay and dementia in his 40s, as well as trying to come to terms with his violent past.

Fonzo is yet to confirm a UK release date.