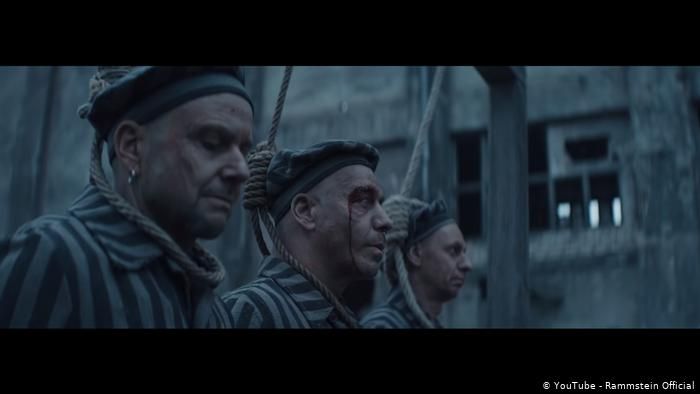 The full-length video shows Rammstein assume different roles during famous eras of German history and features scenes from Weimar, Nazi and communist East Germany. Throughout, they sing about a love-hate relationship with their German identity.

The video's release came after the band posted a shorter promotional clip on social media that showed only one of the music video's scenes.

The segment shows band members with nooses around their necks and dressed in the striped uniforms that Holocaust victims were made to wear in the death camps. At least one band member appears to be wearing a yellow Star of David that Jews were forced to wear by the Nazis.

Jewish groups and politicians condemned the promotional video, saying that the band went too far with the use of Holocaust imagery.

"Whoever misuses the Holocaust for marketing purposes acts in a deplorable and immoral way," said Josef Schuster, the head of the Central Council of Jews in Germany. Felix Klein, who leads the German government's anti-Semitism office, said that if the Holocaust imagery in the video was just used to promote sales, then "it is tasteless exploitation of artistic freedom."

The promotional clip was "shameful and uncalled for," Israel's Foreign Ministry said, adding that the band had used "the Holocaust for advertisement purposes."