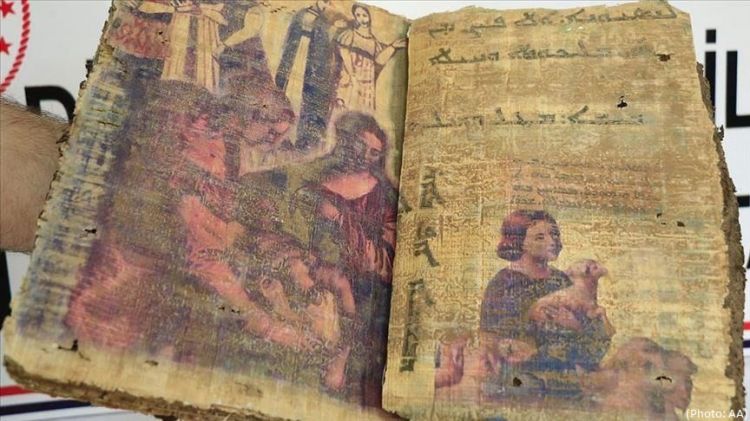 A religious motivational book believed to have been written 1,400 years ago was seized Friday by security forces in southeastern Turkey.

The 36-page book written on papyrus paper was seized in an operation carried out by local gendarmes in Diyarbakir province.

The anti-smuggling and organized crime unit of the gendarmerie received a tip off that three people were looking for customers for an an ancient book, the local governor's office said.

The alleged smugglers have been arrested and the book has been taken under protection.

Also, an investigation has been initiated into six suspects.