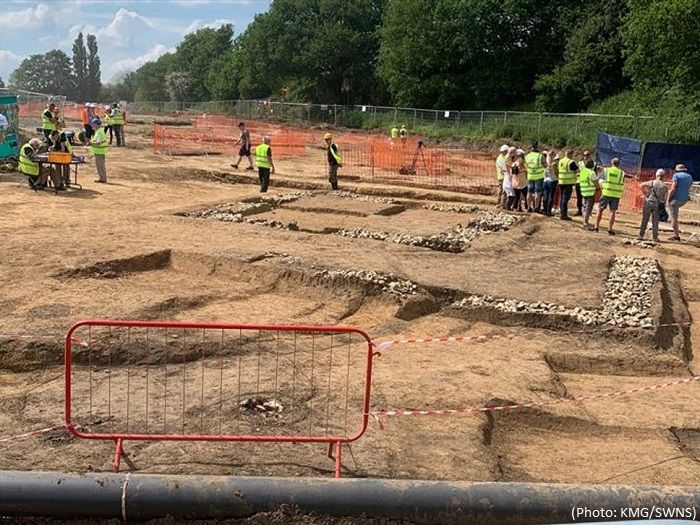 An Ancient Roman town has been discovered buried next to a major motorway in Kent. The 18-acre settlement dates back as early as 43 AD.

The discovery of the town, which includes a temple and main road, has been hailed one of the most significant finds in regional archaeological history. Romans invaded Britain in 43 AD. They remained for almost 400 years.

The buried town was found during the development of 124 new homes.

Once they have analysed their findings and published a report, experts will cover up the ancient remains so the new housing can be completed.