CZECH BEARS DECORATE THE POSTER OF THE SECOND FESTIVAL ANIMAFILM 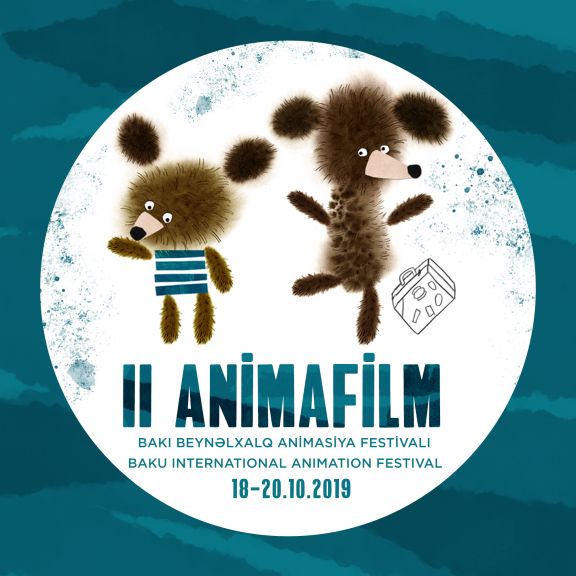 The poster for the second Baku International Animation Festival ANIMAFILM was prepared by the famous Czech animation director Filip Pošivač. Two Czech bears are depicted in the poster.
“As Czech animation is the subject of the second festival, we decided to turn to one of the most famous Czech animators Filip Pošivač with a request to draw a poster. We are honored to cooperate with him. Filip has a unique signature and, I think, he definitely managed to convey that “playfulness” that characterizes Czech animation,” said Rashid Aghamaliyev, the director of the festival ANIMAFILM.
“I felt great joy while preparing a visual solution for the ANIMAFILM festival in Azerbaijan,” Filip Pošivač wrote on his Instagram. “The second festival will be dedicated to Czech animation. When I was considering what motive to send to Azerbaijan, my favorite bears from the city of Kolin won,” explains Filip, referring to the famous Czech serial film “Hey Mister, Let's Play!”. It was the main inspiration for preparing the poster to the Czech director.
Let's add that the graphic design of the poster and the website were prepared by a young and talented Azerbaijani artist Nazrin Alizade.
The second international animation festival ANIMAFILM will be held from 18th  to 20th  October in Baku. “In addition to the competition program, the audience will enjoy a rich accompanying program consisting of Czech animation classics,” said a festival director Rashid Aghamaliyev.
The Czech program of the festival was put together by Miroslava Janičatová, who is also included in the International Festival Jury. The program of Czech films retrospectives will be soon announced on the official festival website www.animafilm.az.
Rashid Aghamaliyev,
Director of the festival
Contact: [email protected]