Russian T-14 Armata tank could be transformed into nuclear weapon - US
Read: 989

China responds to US sanctions over Xinjiang
Read: 385 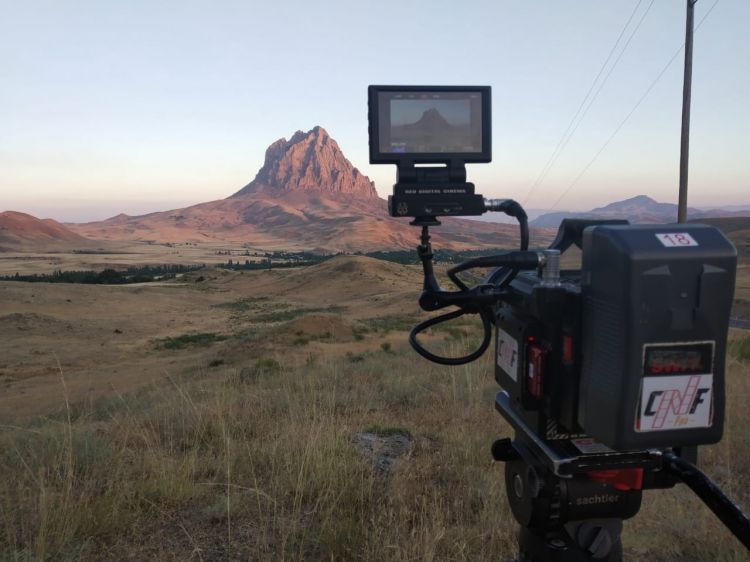 In conjunction with the International Eurasia Press Fund the Al Jazeera Media Network has started to broadcast documentaries in Azerbaijan in the programme of “al Musafir” (the Visitor) on Al Jazeera channel.

According to Eurasia Diary, the films aim to present the rich history, culture, mysterious nature of Azerbaijan, the ancient traditions of people, the way of life and the potential of tourism to the Arab world. Five films each consisted of 25-minute cover Azerbaijan's many regions, including Baku and Nakhchivan. The delegation of the Al Jazeera's "al Musafir" Programme, which have been to Azerbaijan from June 20 to July 12, filmed the sightseeing places, national cuisine, historical heritage, folklore and music of Azerbaijan with the assistance and technical support of the International Eurasia Press Fund. The first film about Baku has already been introduced to the Arab world. The films will be screened daily for five weeks via Al Jazeera's "al Musafir" Programme.

IEPF President Umud Mirzayev stressed the importance of films in terms of presenting and promoting our country to the Arab world.

“Generally, the films make a great impression about our country and have an incredible sequence. We are proud of working with the professional team of Al Jazeera's al Musafir which shot in Spain, the Netherlands, Malaysia, Vietnam and other countries so far and represent our country. The film is the first international documentary representing our country in a detailed, comprehensive format to the world with the use of a highly professional team and high-level equipment." Al Jazeera's host is Hazim Abuvafta, screen director of the film presented by chief producer Ziyad Jalal is Nicholas Libersale. It should be noted that this magnificent screen work was launched with the great support of the socio-political department of the Presidential Administration of the Republic of Azerbaijan and personally by Ali Hasanov. IEPF is the author of various projects in collaboration with Al Jazeera Media Network.

"I would like to specially mention the services of Al Jazeera Media Director, our friend Mustafa Souj, Ibrahim Hamdan and Sami Al Hajj in the making of this project," Umud Mirzayev said while noting planning of the presentation of this magnificent screenplay and introduction to the community after translating into Azerbaijani.