Unknown fighter jets tried to attack the Russian air base in Syria
Read: 890

After returning from Khojaly, I started drinking... - British journalist: We sympathized with the Armenians
Read: 339

Hermitage to cooperate with Azerbaijani Museum 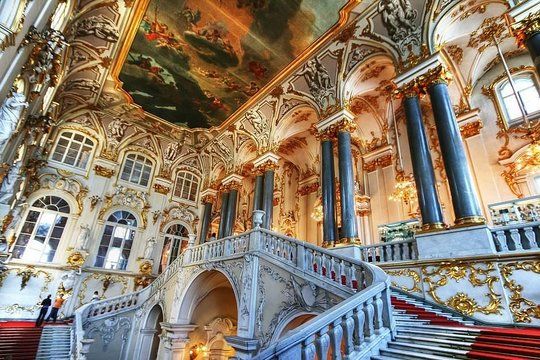 The Hermitage has signed an agreement with the Azerbaijan National Carpet Museum. Report says, citing the Petersburg Vedomosti, that the first joint action will be the exhibition of carpets, which is due to open in November during the St. Petersburg International Cultural Forum, Eurasia Diary reports citing Report News Agency.

In 2020, Azerbaijan is a guest country of the forum.

The agreement provides for the Pazyryk carpet project, coordinated by Shirin Malikova, Director of the Azerbaijan National Carpet Museum, and Igor Malkiel, Head of the Laboratory for Scientific Restoration of Precious Metals. The laboratory developed a method for creating three-dimensional models of works for visually impaired people. Rembrandt tested this model in "Self-portrait with shaded eyes." Now it is the turn of the Hermitage Pazyryk rug. This carpet is the oldest in the world created in the 4th - 3rd centuries BC and was found during archaeological excavations on the territory of the Altai Mountains.

The Azerbaijan National Carpet Museum has a research center that restores forgotten carpet-making technologies. Weavers will combine the Hermitage technique of three-dimensional models and their skills to create unique three-dimensional copies of Pazyryk carpet fragments for the visually impaired, which will allow everyone else to evaluate the works of the old masters better.