Cooperation documents on culture between Azerbaijan and Turkey signed 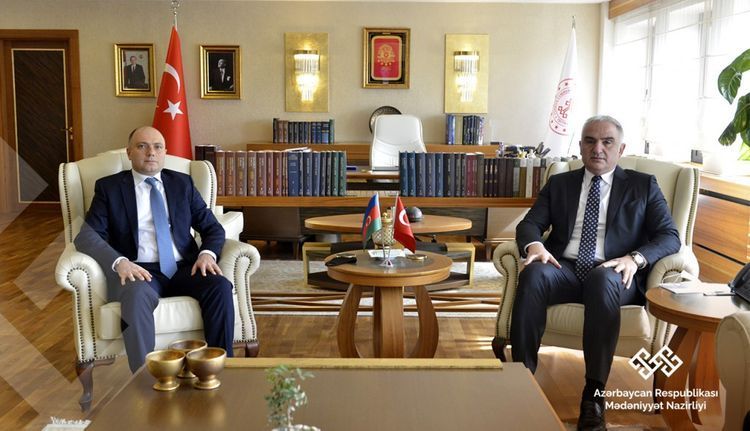 On March 1, a meeting between Minister of Culture of the republic of Azerbaijan Anar Karimov and Turkey’s Culture and Tourism Minister Nuri Ersoy was held, the Ministry of Culture, Eurasia Diary reports citing APA.

The sides exchanged views on cooperation on cultural heritage, book, and publishing, museum, movie industry, joint activity on the mentioned fields was agreed.

N. Ersoy congratulated the Azerbaijani people on the victory in 44 day Patriotic War. A. Karimov in his turn expressed deep gratitude to the state of Turkey and Turkish people for support to our country in the Patriotic War.

A press conference on Bilateral relations and the ceremony of signing documents were held at the end of the meeting.