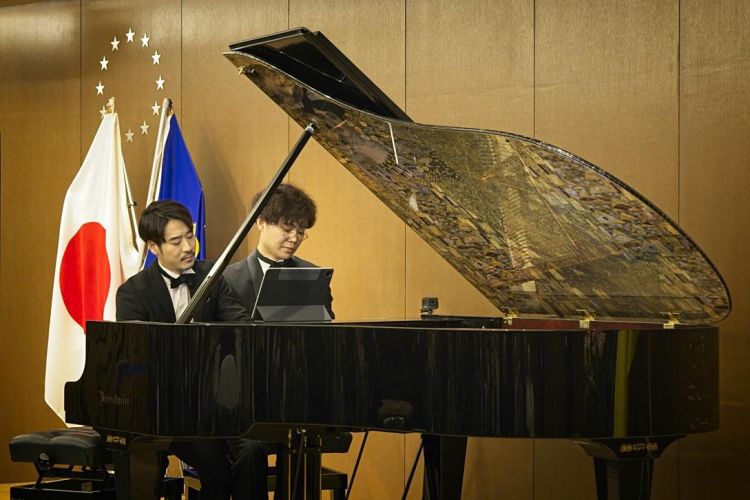 On 1 June, the Delegation of the European Union to Japan organised a charity piano concert in support of Ukraine that was attended by dozens of dignitaries including Prime Minister Fumio Kishida, Ukraine’s Ambassador to Japan Sergiy Korsunsky, G7 and EU Member States Ambassadors.
The programme, performed by pianists Yohei Kuroki and Yuma Matsuoka, included two Ukrainian pieces to serve as a powerful reminder of the war that is being waged against Ukraine, its identity, and its people.
Haitze Siemers, Chargé d'Affaires a.i. of the EU Delegation, said, ‘The Ukrainian people are defending their lives, but they are also fighting for universal values. President (Volodymyr) Zelenskyy and the Ukrainian people are a true inspiration’.
He also stressed the solidarity shown by the EU as well as Japan and other G7 partners and friends to Ukraine, noting that ‘We are working towards the widest possible international condemnation and isolation of Russia by the international community’.
PM Kishida echoed this message in his own remarks, saying that ‘Japan will unite with the EU and the international community to strongly work to support Ukraine and impose strong sanctions in order to force Russia to stop its outrageous aggression and restore peace as soon as possible’.