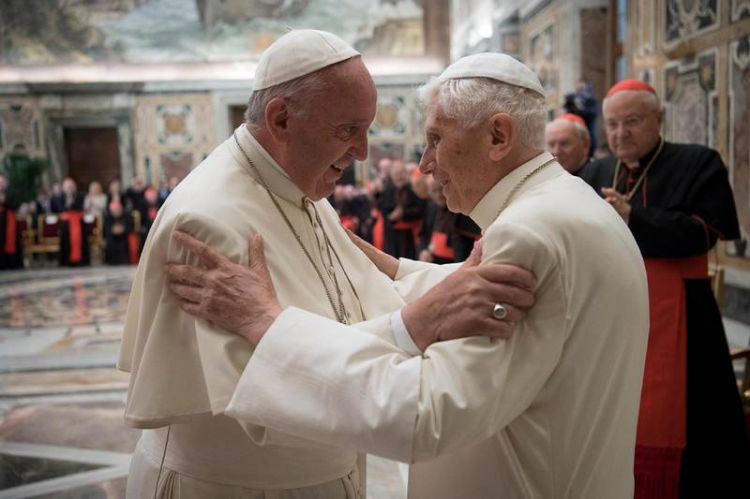 Pope Francis on Wednesday asked for prayers for former pope Benedict, saying he is "very sick".
The Pope made the surprise appeal at the end of his general audience, without giving details.
Mr Benedict, 95, in 2013 became the first pope in some 600 years to resign. He has been living in the Vatican since then.
"I would like to ask all of you for a special prayer for Pope Emeritus Benedict, who, in silence, is sustaining the Church," Pope Francis said, speaking in Italian. "Let us remember him. He is very sick, asking the Lord to console and sustain him in this witness of love for the Church, until the end."
There was no immediate comment from the Vatican on the state of Benedict's health.