70 Azerbaijanis living in Herat can be killed at any time - The ancient tribe of Kizilbash, their life struggle against the Taliban
Read: 269

US announces 25 per cent new tariffs on Chinese tech goods 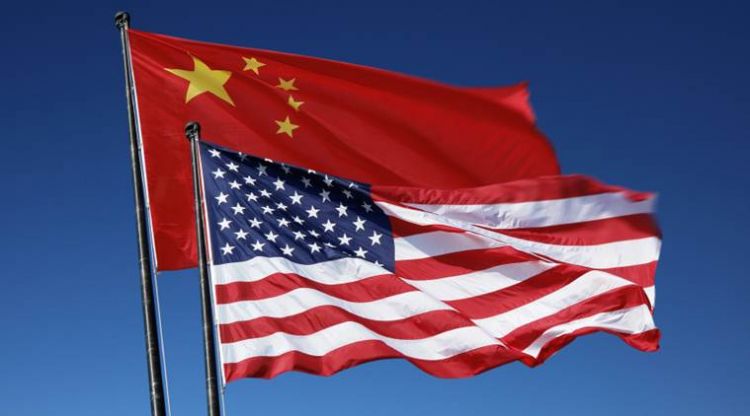 The US will impose a hefty 25 per cent tariff on the USD 50 billion worth of Chinese goods containing “industrially significant” technology, the White House said today, days after the two sides reached an agreement and vowed not to launch a trade war against each other. China and the US averted a trade war by reaching an agreement on May 20 under which Beijing agreed to “significantly increase” its purchases of American goods and services to reduce USD 375 billion trade deficit with Washington.
After lengthy second round of talks in Washington, the two sides issued a joint statement vowing not to launch a trade war against each other. “The United States will impose a 25 per cent tariff on USD 50 billion of goods imported from China containing industrially significant technology, including those related to the ‘Made in China 2025’ programme,” the White House said in a statement.
The final list of covered imports will be announced by June 15, and tariffs will be imposed on those imports shortly thereafter, it said. The new tariff is part of one of the three major steps that the US is taking based on the March 22, memorandum signed by President Donald Trump. It announced that the US would take multiple steps to protect domestic technology and intellectual property from certain discriminatory and burdensome trade practices by China.
These actions were announced following a report of the Office of the US Trade Representative regarding China’s practices with respect to technology transfer, intellectual property and innovation. In accordance with the March 22 memorandum, Trump has been updated on the progress of the announced actions.
According to the White House, to protect its national security, the US will implement specific investment restrictions and enhanced export controls for Chinese persons and entities related to the acquisition of industrially significant technology. The proposed investment restrictions and enhanced export controls will be announced by June 30 and they will be implemented shortly thereafter, it said.
The US will also continue to pursue litigation at the World Trade Organisation for violations of the Agreement on Trade-Related Aspects of Intellectual Property Rights based on China’s discriminatory practices for licensing intellectual property, the statement said. The US filed the case regarding these violations on March 23.
In addition, the US will continue efforts to protect domestic technology and intellectual property, stop noneconomic transfers of industrially significant technology and intellectual property to China, and enhance access to the Chinese market, the White House said.
Likewise, the US will request that China remove all of its many trade barriers, including non-monetary trade barriers, which make it both difficult and unfair to do business there, it said.
The US will request that tariffs and taxes between the two countries be reciprocal in nature and value. “Discussions with China will continue on these topics and the US looks forward to resolving long-standing structural issues and expanding our exports by eliminating China’s severe import restrictions,” the statement said.
The trade spat between the top two economies of the world began last month with Trump imposing tariffs on steel and aluminum imports into US. China retaliated by imposing additional tariffs worth about USD three billion on 128 US products.
Trump, while demanding China to reduce the USD 375 billion by USD 100 billion retaliated with USD 50 billion tariffs on Chinese products. In retaliation, China announced plans to impose new tariffs of 25 per cent worth USD 50 billion on 106 American products including items like soybeans which could hurt American farmers. The two countries have not yet implemented their tariff increases.