Russia will not let UNSC become toy in hands of US - Russian Diplomat
Read: 638 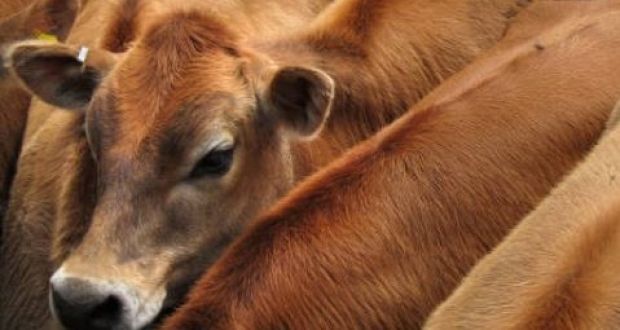 Beef farmers are facing “wipe-out” if the Government’s €1.7 billion estimate on the cost of UK tariffs on Irish food imports in a hard Brexit proves accurate, the Irish Farmers Association has said.

The farmers’ group has said that 70,000 beef farmers will be put out of business if the UK leaves the EU without a deal at the end of March and lands €700 million in tariff costs on Irish beef farmers.

Minister for Agriculture Michael Creed warned of an “existential challenge” to the beef industry from the UK crashing out of the EU after briefing Cabinet on Tuesday on the consequences of a hard Brexit.

“A crash-out is wipe-out,” said a spokesman for the IFA. “Whether you call it Armageddon or a wipe-out, a hard Brexit takes everything out of the system. The industry would just not be viable.”

Mr. Creed provided the estimates on the financial costs of UK imports on agri-food products of as much as 70 percent on beef and 75 percent on lamb as part of no-deal contingency planning. The beef industry is especially exposed to the UK market as half of all beef exports go to the UK market.

The industry would face additional pressure as EU markets would not provide a viable alternative as those countries have their own domestic producers in addition to imports from other countries.

“It is not like we are going to get the red carpet rolled out for us around Europe, ” said the IFA spokesman.

The Government has told the European Commission that it intends to seek emergency aid from the EU in addition to EU approval for State aid from the exchequer to the agrifood sector if the UK crashes out to help the beef, dairy and fishing sectors in particular as they will be worst affected.

The Government would seek to provide domestic State aid such as restructuring grants, intervention or private storage aid for the industry, which is typically offered when there is a seasonal imbalance between supply and demand or when meat falls below a benchmark level in any EU member state.

Irish officials will argue for EU financial aid in the wake of a hard Brexit using the precedent of the exceptional support granted to the Baltic states and Finland, the countries worst affected by Russia’s 2014 ban on EU food imports in retaliation for sanctions imposed on Moscow over the annexation of Crimea.

EU agri-food exports to Russia collapsed in the wake of the ban, declining by €4.4 billion or 43 percent of their value in less than a year.

The Government is stepping up no-deal contingency planning as the EU and UK remain deadlocked over the contentious backstop solution to avoid a hard Irish border, stalling a deal on their divorce.

Meanwhile, a former Swedish customs official said more practical work could be done to examine a “smart” technological alternative to the backstop, a solution proposed by pro-Brexit MPs but rejected by the EU.

Lars Karlsson, Sweden’s former director of customs, said there had been little examination of whether technology could provide a solution to the border question as there was no political agreement between the sides to explore this.

Brussels and Dublin have said the technology does not exist to avoid a hard border.

“I still think that there is not that much practical work done, and that has more to do with the internal processes of government and, of course, the political process as well,” he told BBC’s Today radio programme.

Mr. Karlsson’s proposals were first seized upon by Brexiteers opposed to the backstop after he set out his technological solutions in a report to the European parliament in November 2017.