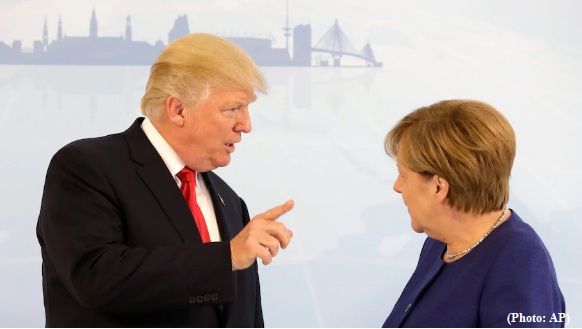 President Donald Trump has ramped up pressure on Germany to scrap a gas pipeline from Russia and boost its defense spending, threatening to impose sanctions on the European ally and move American troops elsewhere if it doesn't comply, Market Insider reports.

"We're looking at it," Trump told reporters at the White House on Wednesday, referring to sanctions that might be levied if the Nord Stream 2 pipeline were to go ahead. "It really makes Germany a hostage of Russia if things ever happened that were bad."

Rising tensions between the US and Germany also risk opening a new front in the trade war.

US lawmakers fear the pipeline would tighten Russia's grip on European energy, bolstering its clout on the continent and allowing it to cut off gas supplies transported through Ukraine.

The Trump administration is also considering shifting as many as 2,000 US troops from Germany to Poland, as Berlin spent only 1.2% of its gross domestic product on defense in 2018, below its 2% commitment as a NATO member, according to Bloomberg.