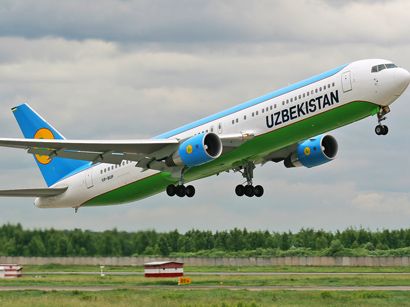 Uzbekistan Airways is going to ensure transit of tourists from Russia to Georgia after the opening of direct flights scheduled for July, Trend reports with reference to RIA Novosti.

From July 16, Uzbekistan Airways opens direct flights to Georgia, which is absent after the collapse of the USSR.

Direct communication between Tashkent and Tbilisi opens with the expectation of transit passengers, in particular, tourists from Russia. Passenger flights on the route Tashkent - Tbilisi will be operated twice a week - on Tuesdays and Fridays - by plane A320.

The company also noted that now the Georgian side is discussing the organization of charter flights for tourists from the Russian Federation, the CIS, and the countries of South-East Asia, the report says.

The airways could provide transportation of Russian tourists primarily from the regions of Siberia and the Far East.

The government is instructed to ensure the return of the Russians to their homeland.

Association of Tour Operators of Russia states that now there are about 5,000 to 7,000 organized tourists from Russia in Georgia and independent ones are two to three times more.

Georgian statistics shows that last year, every fifth tourist in Georgia (21 percent) was from Russia.