Peace, prosperity and stability in Azerbaijan is significant for the true realization of international projects and UN 2030 Agenda - Qaiser Nawab
Read: 565

Russia trying to aid Trump in election - US Intelligence
Read: 474 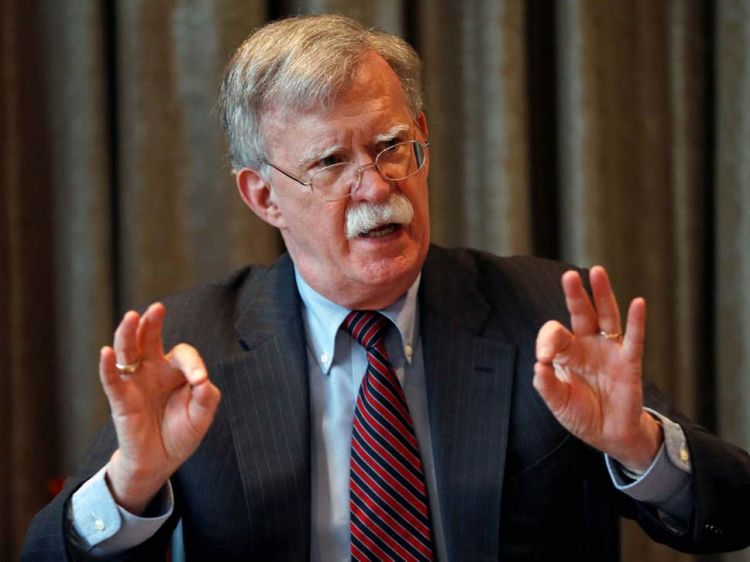 Donald Trump wants the UK to be “first in line” for a trade deal with the US, according to his national security adviser John Bolton.
Speaking following a meeting with Boris Johnson on a visit to London, the White House official said the US could focus on striking bilateral trade deals in certain sectors like manufacturing and car-making and work out more complicated areas later.
“A prior American president said that if the United Kingdom left the European Union, it would go to the back of the queue on trade deals,” Mr Bolton said.
“To be clear, in the Trump administration, Britain’s constantly at the front of the trade queue, or line as we say.”
He added: “I think here we see the importance and urgency of doing as much as we can agree on as rapidly as possible because of the impending 31 October exit date.”
“You could do it sector by sector, you could do it in a modular fashion in other words,” Mr Bolton said. “You could carve out some areas where it might be possible to reach a bilateral agreement very quickly, very straight forwardly.
“That would then lock that in and when the other areas that might be more difficult were concluded later, you could combine it in one overall agreement.
“So the objective is either one document or a series of agreements that would be comprehensive.
“In order to expedite things and enhance the possibility for increasing the trade and investments between the two countries, doing it in a sector-by-sector approach or some other approach that the trade negotiators might agree with, we are open to that.”
Asked whether piecemeal trade agreements are allowed under WTO rules, Mr Bolton said: “Our trade negotiators seem to think it is. The idea of doing it in pieces rather than waiting for the whole thing is not unprecedented.”
The UK is barred from opening talks with a third country before exiting the EU on 31 October, at the earliest.
Mr Bolton also said the UK and US could avoid discussing contentious issues like Iran, China, and Huawei until after Brexit.
“The message I wanted to convey on Iran, and on some other issues in which I include China, 5G, Huawei, that cluster of issues, is that the President and the US government fully understands that in the next few days the UK government has a singular focus on the Brexit issue, so that we are not hoping for anything on these broad and complex questions,” he said.
“We just ask that, as issues come up, we resolve them individually and we reserve the time to have a larger conversation on some of these important issues at a moment that is really right for the new government. We just felt we owe them that.
“Obviously we have views on these issues, I think that is appreciated by the new government. They said in particular that looking really from square one on the Huawei issue that they were very concerned about not having any compromise in the security of telecommunications in the 5G space.”
He added: “We don’t want to put you under pressure on these issues. There will be time enough to talk, that is really all we ask for.”
In May 2019 the US published its negotiating objectives for a future trade deal with the UK.
These suggest that Britain will not enjoy softer treatment compared to other US allies in any trade deal.
The blueprint indicates that the nation would demand greater access to food markets, allowing it to sell the UK chlorine-washed chicken and hormone-pumped beef.
The objectives also suggest “full market access for US products”, which could potentially lead to spiralling NHS drug costs.
Mr Bolton criticised the EU for its approach to Brexit, while talking to journalists after his meeting with the prime minister.
“The fashion in the European Union when the people vote the wrong way from the way that the elites want to go, is to make the peasants vote again and again until they get it right,” he said.
He added that it was “hard to imagine” people in the UK did not know “what was at stake” when they voted to leave the EU in 2016.