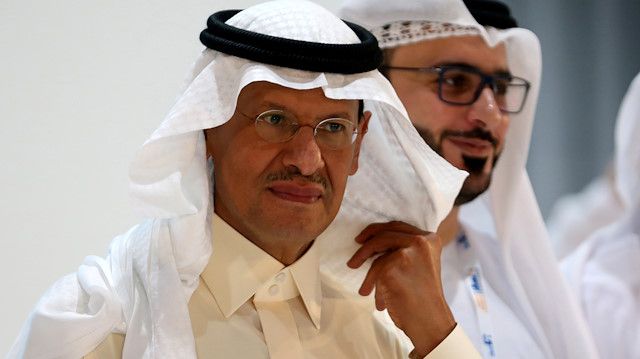 Saudi Arabia will restore its lost oil production by the end of September and has managed to recover supplies to customers to the levels they were at prior to weekend attacks on its facilities by drawing from its huge oil inventories, Yeni Safak reports.

Energy Minister Prince Abdulaziz bin Salman said on Tuesday that average oil production in September and October would be 9.89 million barrels per day and that the world's top oil exporter would ensure full oil supply commitments to its customers this month.

"Over the past two days we have contained the damage and restored more than half of the production that was down as a result of the terrorist attack," Prince Abdulaziz told a news conference in the Red Sea city of Jeddah.

"Oil supplies will be returned to the market as they were before 3:43 a.m. Saturday," he said, adding that state oil giant Aramco had emerged "like a phoenix from the ashes" after the attack.

He was referring to attacks on Saturday on state-owned oil company Saudi Aramco's plants in Abqaiq and Khurais, including the world's largest oil processing facility, which shut down 5.7 million barrels per day, which is more than half of Saudi Arabia's production, or 5% of global output.