Russian scientists have found a major weakness of the coronavirus
Read: 747

The first stage of tactical exercises continues with the participation of units of the Land Forces - VIDEO
Read: 652

Trump evacuated while in press briefing after shooting near the White House
Read: 551

Boris Johnson’s Brexit proposals would leave UK economy worse off than Theresa May’s deal, a new report by academic think tank The UK in a Changing Europe finds. The difference between May’s deal and Johnson’s proposals arise from the UK having no customs union with the EU, no level playing field arrangements and a limited 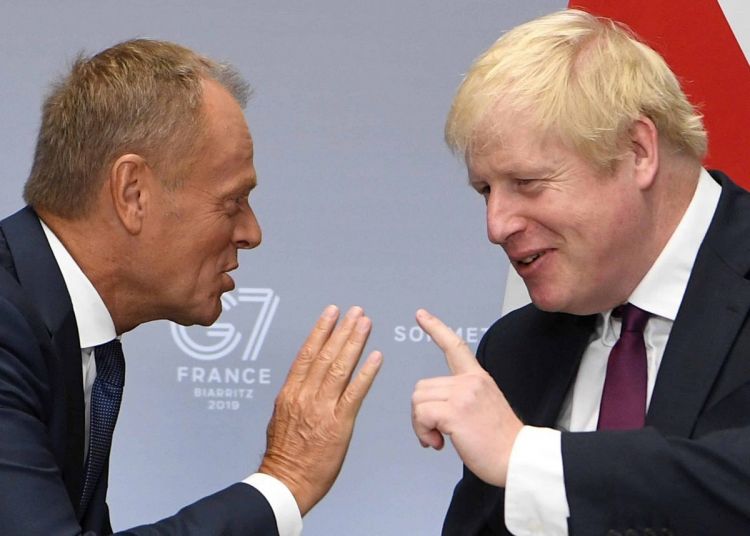 The difference between May’s deal and Johnson’s proposals arise from the UK having no customs union with the EU, no level playing field arrangements and a limited (or quite possibly no) free trade agreement.

The impact of Mr Johnson’s proposals on UK GDP per capita ten years after Brexit could be between -2.3% and -7%, compared to remaining in the EU. This compares to May’s deal, between -1.9% and -5.5%, and an exit on WTO terms, between -3.5% and ‑8.7%. The ranges reflect uncertainty regarding migration policy and the impact on productivity.

Under Johnson’s proposals, the best-case scenario would result in a £16bn hit to public finances per year, based on current GDP, and a £49bn hit in the worst-case scenario.

The report, The economic impact of Boris Johnson’s Brexit proposals, considers four scenarios: with and without a productivity adjustment, and under liberal and restrictive migration scenarios.

The modelling in the report covers trade and migration. For trade, researchers at LSE’s Centre for Economic Performance used a state-of-the-art trade model. The prime minister’s proposal means that the UK would leave the EU’s customs union and single market, and so regulatory barriers to both goods and services trade would increase as a result. Under a no deal scenario, where no trade agreement was reached with the EU, such barriers would be considerably higher.