Kazakhstan to supply its helicopters to Kyrgyzstan and Tajikistan | Eurasia Diary - ednews.net

Russia welcomes US plans to reduce troop size in Afghanistan to 4,000
Read: 754

Kazakhstan to supply its helicopters to Kyrgyzstan and Tajikistan 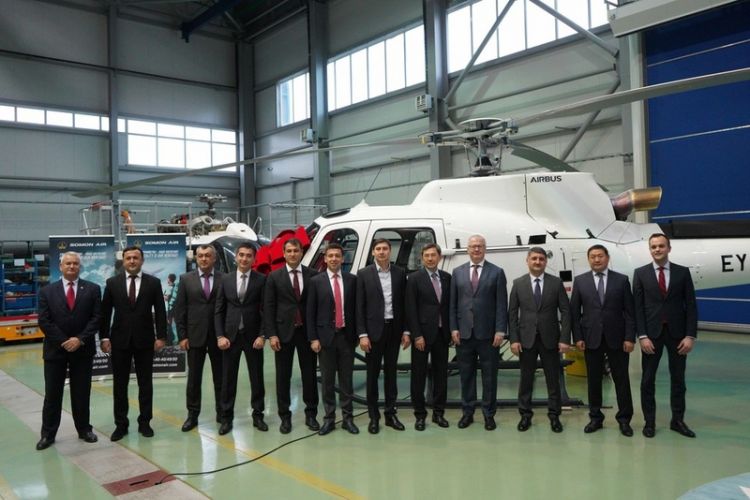 The ceremony of handing over of the first key of such helicopter to the Tajikistan's Somon Air was held in Nur-Sultan on October 28.

The helicopter was assembled by a joint venture of Eurocopter Kazakhstan Engineering LLP.

The H125 helicopter purchased by the Tajik Airline is designed for 5 passenger seats and the company plans to use it for business purposes and tourism.

Chairman of the JSC Kazakhstan Engineering national company Kuanysh Bishimov said that the Kazkah side plans to boost export up to 5-10 helicopters.

According to him, he Kyrgyz side is interesed in Kazakh helicopters as well.

Eurocopter Kazakhstan Engineering is the only company in the CIS and Central Asia that sells helicopters by Airbus Helicopters’ production, assemble and maintain EC145, H125, H130 helicopters, as well as train technicians and pilots in Russian and English.