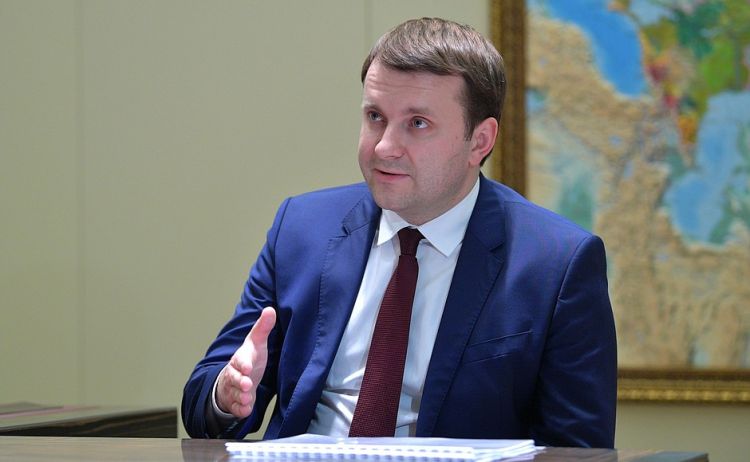 "Economic relations between Russia and Azerbaijan are on a serious rise. This is evidenced by all the figures," Minister of Economic Development of Russia Maxim Oreshkin told. Eurasia Diary reports citing Report News Agency.

"According to out statistics, at the end of eight months, the growth of trade between our countries made 25.7%. These are very strong numbers. However, our relations are not limited only by trade. For example, we see that we have a great progress in services, tourist trips, and implementation of investment projects everywhere," Oreshkin stressed.

The Minister noted that he is going to visit Baku until the end of 2019 to discuss important issues and further strengthen relations between Russia and Azerbaijan: "In the first half of December, I plan to arrive on a regular visit to Azerbaijan, to head an Intergovernmental Commission with my colleague Shahin Mustafayev. In addition to the traditional discussion of the main issues, we are planning to open a number of new production facilities in Azerbaijan for this trip."

"We take the next steps that will allow us to maintain the momentum and develop deeper the current relations between our countries," he concluded.