Peace, prosperity and stability in Azerbaijan is significant for the true realization of international projects and UN 2030 Agenda - Qaiser Nawab
Read: 1214

Kazakhstan to supply oil to Belarus 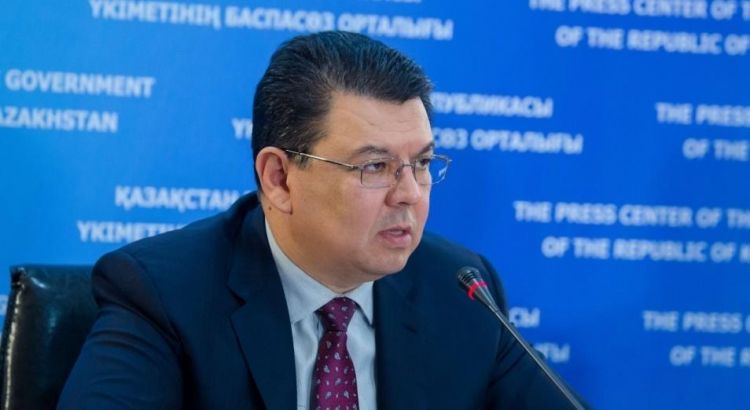 Kazakhstan's Minister of Energy Kanat Bozumbayev has revealed his government's plans for cooperation with Belarus in the oil and gas sector, during his speech in the government session on October 29, Eurasia Diary reports AzerNews.

Bozumbayev said he met with representatives of Belarus last week to discuss cooperation in the oil and gas sector, in particular, an agreement on the supply of oil and oil products to Belarus.

As was noted, the Kazakh side intends to supply from 1 million to 3.5 million tons of oil and oil products to Belarus annually. He also added that the issue of transit of Kazakh oil was discussed with Russian colleagues.

Meanwhile, Moscow has no negative reaction to oil transit from Kazakhstan to Belarus. Bozumbayev told reporters that he had talks with his Russian counterpart Alexander Novak, on the transit of Kazakhs oil and oil products through Russia to Belarus. He noted that held talks with Novak on a number of issues on October 25 and 26.

He pointed out that Novak's reaction to the plans of Kazakhstan was not negative and he described it as 'business reaction.

The topic of Kazakh oil supplies to Belarus was raised at a meeting of the presidents of the two countries on October 25. Alexander Lukashenko and Kassym-Jomart Tokayev agreed on the topic and announced consultations with the Russian side.

On October 25, an agreement was reached with the Belarusian side on the impossibility of re-exporting oil products.

On the same day, it was reported that Belarus and Kazakhstan had agreed on oil supplies and were starting commercial negotiations. The head of the concern "Belneftekhim" Andrei Rybakov said the text of an intergovernmental agreement was agreed at the departmental level.

Diplomatic relations between Kazakhstan and Belarus were established on September 16, 1992.

Trade turnover between the two countries amounted to $895 million in 2018. Kazakh First Deputy Prime Minister Askar Mamin announced on September 22, 2017, that trade turnover with Belarus should be increased to $1 billion by 2020.

Eight joint assembly plants of Belarusian machinery and equipment operate in Kazakhstan, in particular, BelAZ, Minsk Tractor Plant, Gomselmash, MAZ, and others, while Belarus has 45 enterprises with Kazakh capital.