Over 160 tanks and armored vehicles arrive for Russian Army and Airborne Force
Read: 864

Russia welcomes US plans to reduce troop size in Afghanistan to 4,000
Read: 592 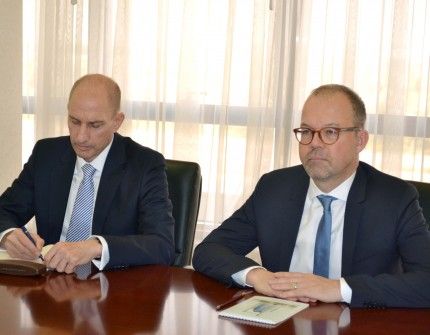 During the talks, the parties noted the success of longstanding cooperation between Turkmenistan and “Deutsche Bank AG,” as well as discussed the key aspects of collaboration. The issues of partnerships with the German companies and the role of Turkmen-German Intergovernmental Work Group on Economy in the context of further promotion of joint projects were raised.

The parties spoke about the positive transformations in financial-banking sector of Turkmenistan and the significance of digitalization in this field taking into consideration the international norms and involvement of the best world practices. In this context, the cooperation in the area of international mechanisms on countering the financial crimes was also discussed.