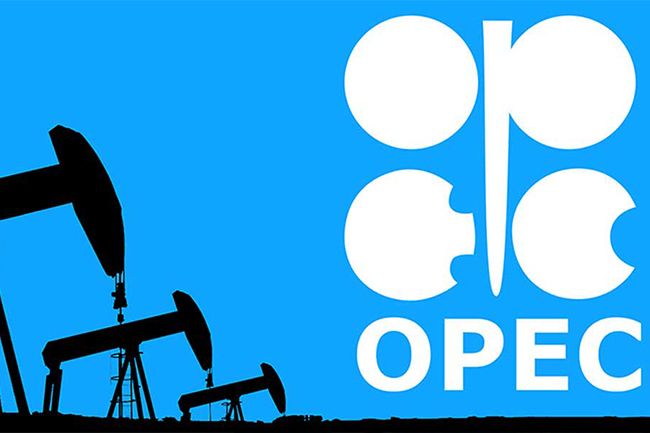 On average, OPEC countries earned $1.9 bln per day this year, which is $350 mln more than in 2016, although production decreased by 3 mln bpd compared to that period, Eurasia Diary reports citing Tass.

Russia and Saudi Arabia, despite decline of oil production under the OPEC+ agreement, which has been operating for three years, have increased their oil revenues, like most countries involved in the transaction, according to the International Energy Agency (IEA) report published on Friday.

Thus, on average, OPEC countries earned $1.9 bln per day this year, which is $350 mln more than in 2016, although production decreased by 3 mln bpd compared to that period, the report said. At the same time, Saudi Arabia's income grew by $125 mln to $630 mln per day compared to 2016, although its production is 740,000 bpd lower than 2016. Russia's oil revenues increased by $170 mln to $670 mln per day, although its production decreased by only 75,000 bpd from 2016.
The only countries that do not earn more are Iran and Venezuela, since their production, which is under US sanctions, has fallen significantly, according to the IEA. At the same time, the IEA expects that negotiations at OPEC+ on extending agreements after March 2020, scheduled for December 5-6 in Vienna, may not be easy.
Earlier, Head of the Russian Direct Investment Fund (RDIF) Kirill Dmitriev estimated the Russian budget revenues from participation in the agreement at more than $100 bln during the deal.
OPEC+ countries (24 oil exporting states, including Russia) have been coordinating production management since 2017. The agreement is valid until the end of the Q1 of 2020 and implies a total reduction in oil production by 1.2 mln barrels per day against the level of October 2018, including 812,000 barrels per day by OPEC states and 383,000 barrels by countries outside of OPEC.
The main reduction quotas fall on the largest parties to the agreement — Russia and Saudi Arabia — 228,000 and 322,000 barrels per day, respectively. At the meeting on December 5-6, 2019, OPEC+ countries will consider the issue of production levels after March 2020.