2750 tonnes of ammonium nitrate stored at Beirut warehouse at centre of explosion
Read: 1135 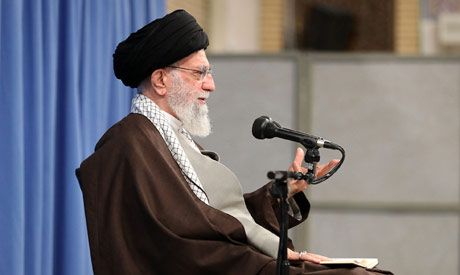 Tehran introduced quotas for petrol sales on Friday and subsequently increased fuel prices. The decision sparked protests across Iran in Mashhad, Shiraz, Ahvaz and several other cities, Eurasia Diary reports citing Sputnik.
Iranian Supreme Leader Ali Khamenei has backed the government's move to increase petrol prices that led to protests across the country.
The Iranian state TV quoted Ayatollah as saying that the decision to introduce a spike in prices should be implemented.
Addressing the issue of the protests, Khamenei stated that they were spurred by foreign influence.
"Some people would definitely get upset over this decision... but damaging and setting fire (to property) is not something (normal) people would do. It is hooligans," he was quoted as saying. "Sabotage and arson are done by thugs, not our people. The counter-revolution and Iran's enemies have always supported sabotage and breaches of security and continue to do so".
One person reportedly died in Sirjan on Saturday after demonstrations erupted across Iran in response to the government's move to increase petrol prices.
Several people were injured and dozens detained over the two days of protests that saw motorists block highways and others attack public property in cities across the Islamic republic.
On Friday, Tehran introduced quotas for retail sales of petrol and subsequently increased prices.
The move envisages that owners of private cars will be able to purchase 60 litres (13.2 gallons) of petrol per month, while owners of dual-fuel cars will be able to purchase 30 litres. A separate quota is also provided for taxi drivers — they can use 400 litres of petrol. A quota for motorcyclists is set at 25 litres, and there are also quotas for trucks and ambulances.
​The price for a litre of petrol within the quota doubled to 15,000 Iranian rials per litre (about $0.36). Each additional litre of gasoline beyond the quota costs 30,000 rials per litre.