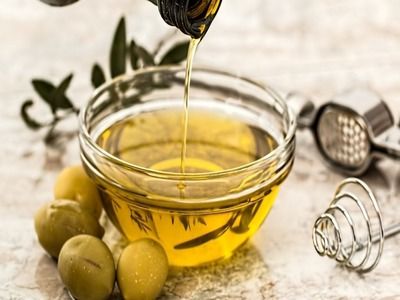 The first batch of olive oil from Syria was delivered on Monday to Crimea to be later sold in other Russian regions, the republic’s Minister for Industrial Policy Andrei Vasyuta told to media on Monday, Eurasia Diary reports citing Tass.
Last month, Head of Crimea Sergei Aksyonov said in an interview with TASS that the deliveries of fresh Syrian fruits and olive oil to Crimea were scheduled for this autumn. Crimean enterprises will also supply to Syria railroad switches, welding sets and construction electrical tools, as well as equipment for oil and gas industry, plastic pipes and other goods.
"The first batch of olive oil in two containers has arrived. Some oil will be sent to a retain chain in mainland [Russia] and the rest to Crimea. The total volume is 46 tonnes. There is high demand and this is a good product in terms of price and quality. We have buyers here for it," Vasyuta said.
Soon, another batch of olive oil will arrive from Syria in Crimea, the minister noted.
At the Yalta International Economic Forum in April, Crimea and Syria signed a memorandum on trade and economic cooperation, and agreed on plans to create a joint trading house and a joint ship operator for ensuring regular maritime freight traffic between the ports of Latakia and Russia’s Black Sea peninsula.
The Russian government endorsed a proposal on signing a deal on trade and economic cooperation on August 6. In late August, authorities in Crimea and the Syrian Arab Republic inked the deal at the 61st Damascus International Fair, which stipulates launching freight traffic.
The EU’s package of sanctions against Syria, which was gradually tightened from 2011 to 2014, is one of the most prominent ones in the EU history. It prohibits almost any type of contact between European businesses and Syria, especially in the sphere of oil trade. In addition, the EU imposed sanctions on Syria’s government officials (in particular, Syrian President Bashar al-Assad and his family members), fully blocking their financial operations.
In 2014, the United States and the European Union slapped economic sanctions against Crimea after it held a referendum, choosing in favor of seceding from Ukraine and joining Russia. Despite the convincing results of the referendum, where over 95% of voters backed this move, Kiev refused to recognize Crimea as part of Russia.