Erdogan calls on Turks to 'leave the dollar' and convert to Turkish Lira | Eurasia Diary - ednews.net

Russian diplomat warns with return of Cold War by race for military dominance in Europe
Read: 413

III ANIMAFILM ANNOUNCES THE PARTICIPANTS OF THE COMPETITION PROGRAM
Read: 323

WHO extends state of emergency over coronavirus pandemic for another 3 months
Read: 315 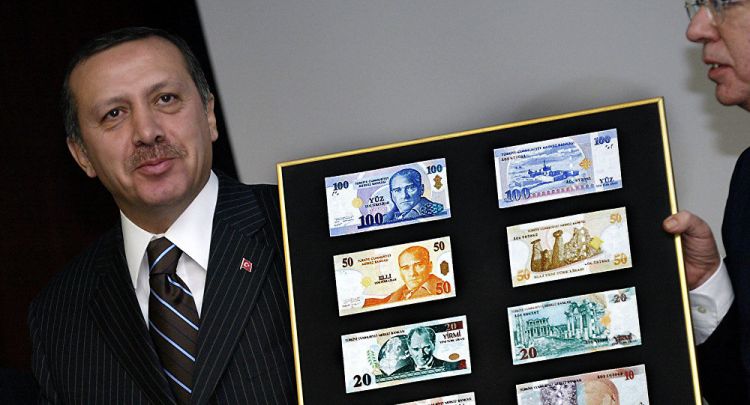 "Leave the dollar and the rest. Let's turn to our money, the Turkish lira. The Turkish lira doesn't lose value anymore. Let's show our patriotism like this," Erdogan said.

Recep Tayyip Erdogan also added that Turkey plans to have its own locally made fighter jet ready in 5-6 years amid an ongoing dispute with the United States over the purchase of F-35 jets.
In 2019 lira has dropped 10 percent, as the Turkish government has delayed key economic reforms amid the rising political tensions within the country.
In 2018 Recep Tayyip Erdogan announced that his country would boycott US electronic goods, citing “an economic attack” against Turkey. He continued to say that Turks should instead opt for locally produced gadgets or those manufactured by Turkey's economic partners, possibly “new” ones, in a bid to strengthen the lira.
Turkish national currency collapsed amid geopolitical tensions and deteriorating relations with the United States.
In mid-September last year, the central bank raised its key rate by 625 basis points to 24 percent per annum, which helped strengthen the Turkish lira.