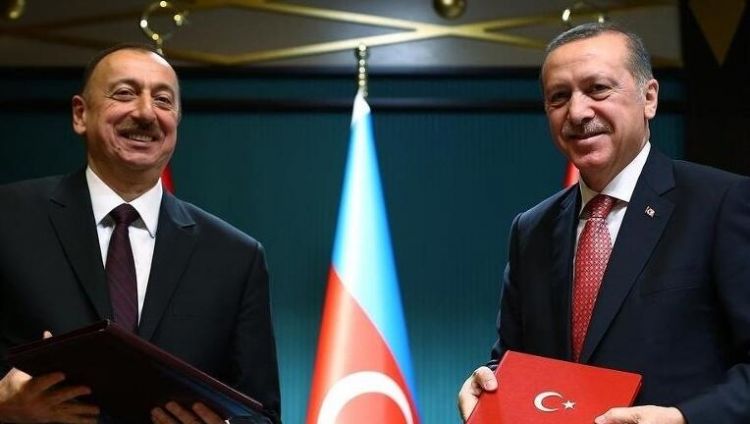 A natural gas pipeline to carry Azeri natural gas to multiple European markets will be inaugurated at a high-level ceremony on the Turkish-Greek border, with hopes that the line will enhance the energy security of the European continent, Eurasia Diary reports citing Hurriyyet.
The inauguration of the Europe leg of the Trans-Anatolian Natural Gas Pipeline (TANAP) Project on Nov. 30 will take place in the northwestern province of Edirne’s bordering İpsala district with the participation of top statesmen from Turkey, Azerbaijan, Georgia, Bulgaria and Greece, including President Recep Tayyip Erdoğan and Azerbaijan’s President İlham Aliyev.
Officials from seven countries are also expected to attend the ceremony including Bulgarian Prime Minister Boyko Borisov, Bosnia-Herzegovina Presidential Council Bosniak member Shefik Dzaferovic, Georgian Prime Minister Giorgi Gakharia and Greece’s Environment and Energy Minister Kostis Hatzidakis.
The TANAP Project, dubbed the “silk road of energy,” will provide the transfer of Azerbaijani gas to Europe. Even though the commercial gas flow is not expected to commence until the Trans-Adriatic Pipeline (TAP) is finalized, test runs for gas flows have begun.
TANAP, a 1,850-kilometer-long pipeline through Turkey, foresees carrying gas from Azerbaijan’s Shah Deniz II field, as part of the Southern Gas Corridor. It also includes the South Caucasus Pipeline (SCP) extension through Georgia and the TAP to Greece, Albania and Italy.
The pipeline’s entrance to Turkey starts with the eastern Ardahan province, bordering Georgia. It passes through 20 provinces and 67 districts of Turkey, ending in Edirne’s İpsala.
Azerbaijan’s Shah Deniz I field has been pumping gas since 2006, selling it to the neighboring Georgia and Turkey, while output from Shah Deniz II is expected to reach 16 billion cubic meters (bcm) of natural gas per year by 2021, with 10 bcm earmarked for Europe and 6 bcm for Turkey.
Parts of the corridor in Georgia and Turkey are completed and the first commercial deliveries of gas from Shah Deniz II to Turkey began in July 2018, although the TAP project has faced delays to construction due to environmental issues. TAP also includes Britain’s BP, Italy’s Snam and Spain’s Enagas.
TANAP’s shareholders are Azerbaijan’s energy company SOCAR, with a 51 percent share, followed by Turkey’s BOTAŞ, with a 30 percent share. BP and SOCAR Turkey are the other two shareholders of the project.
The total investment in the project amount to almost $6.5 billion. The Turkish and Azerbaijani governments gave the start to the project by inking the deal on June 26, 2012.
The “Host Government Agreement” passed in the Turkish Parliament on Sept. 10, 2014. Erdoğan and Aliyev first inaugurated the line in June 2018, with a ceremony held in Turkey’s Eskişehir province.