Azerbaijan has right to use its armed forces to take back its legally acknowledged territory - British journalist
Read: 3107 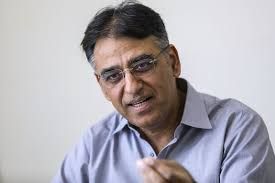 Asad Umar pointed out that efforts have also been made to bridge the digital divide between the urban centers and the remote areas. In this regard, he added that the Universal Service Fund has played an important role in development of telecommunication services in unserved and underserved areas of the country.

The minister pointed out that revenue generation and documentation of economy has been a major challenge for the Country and initiatives have been taken to use the technology to achieve this target.

The Conference ‘Sustainable Development in a Digital Society’ was being attended by the delegates from 18 Countries.