Now there are four companies worth $1 trillion | Eurasia Diary - ednews.net

'We have no secret' - Putin reveals he informed Medvedev about government resignation
Read: 487

Now there are four companies worth $1 trillion 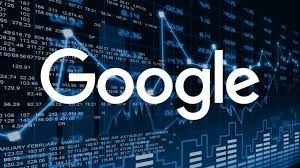 The club of public companies worth $1 trillion added a new member this week, with Google's parent company topping that valuation on Thursday. It's the first time three American companies have been worth at least $1 trillion at the same time, Eurasia Diary reports citing CNN.

The view from Mountain View: Alphabet (GOOGL) shares have already gained more than 8% this year. The rise follows the December announcement that Google CEO Sundar Pichai would also take over as head of Alphabet, succeeding Larry Page. And the company's ad business remains a money-making machine. Ad revenues grew to nearly $34 billion in the third quarter of 2019, up 17% from the same period the previous year.