Unknown fighter jets tried to attack the Russian air base in Syria
Read: 851 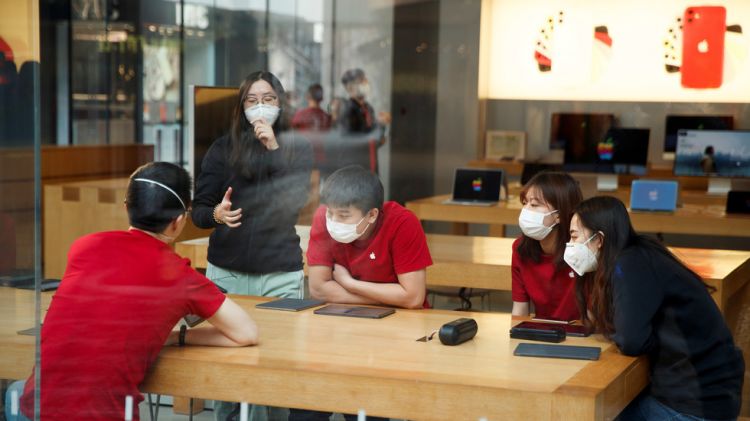 A drug store in Beijing will have to pay a hefty fine after it apparently tried to cash in on an ongoing coronavirus outbreak, hiking the price of an essential protective mask by about six times, China’s market watchdog has said.
Beijing Jimin Kangtai Pharmacy was caught red-handed by a municipal market regulator, that has launched crackdown on the shady practice that saw some businesses attempting to make a quick buck by selling overpriced protective gear as residents flock to stores to stockpile surgical masks and other essentials.
The watchdog said Wednesday it has looked into 31 suspected cases of the practice since January 23.
The drug store in question, however, went overboard, offering a particular pricy face mask – nearly six times the price it could be bought online – to the prospective buyers. The store reportedly raised the price of 3M brand masks, that normally sell for 143 yuan ($20.61) per box, to 850 yuan ($122.53) per box.
The pharmacy will have to pay 3 million yuan ($434,530) after found at fault by the regulator.
The coronavirus outbreak, that originated in China’s Wuhan late last year, shows no signs of slowing down, claiming dozens of new victims every day. On Wednesday, China’s National Health Commission updated the death toll from the virus, which climbed to 132 as of late Tuesday.
The number of confirmed cases within mainland China jumped to 5,974, which is fewer than there were during the Severe Acute Respiratory Syndrome (SARS) epidemic in southern China between November 2002 and July 2003. The SARS outbreak went on to spread to multiple countries and killed 349 people in China and over 770 globally.
The number of those infected with coronavirus might still increase exponentially, as the number of suspected, but not yet confirmed, cases in China now stands at 9,239.
The disease has spilled over to more than 15 countries, including the US, Canada, France, Germany as well as to China’s immediate neighbors. Dozens of cities, including Wuhan, have been put on lockdown by the Chinese authorities in the hopes to curb the spread of the deadly virus.
The self-imposed blockade left many foreigners living in Wuhan and other Chinese cities in the Hubei province trapped, prompting the governments of the US, Japan, Australia, India and several other countries to come up with urgent evacuation plans.
The US and Japan became the first two countries to airlift their stranded citizens from Wuhan on Wednesday. India sent a formal request to Beijing to allow it to proceed with the evacuation on Tuesday.