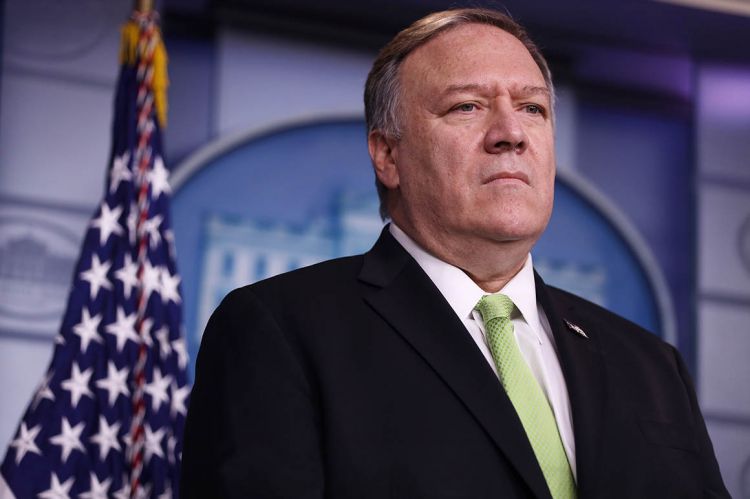 The United States government has imposed sanctions against 13 companies and individuals from Russia, China, Iraq and Turkey for the support of Iran's missile program. This is in line with the law on non-proliferation, which concerns Iran, North Korea and Syria. Mike Pompeo, the State Secretary reported that on Twitter, Eurasia Diary reports citing 112 International.

"We will continue taking all possible measures so as to not let Iran develop its missile program", Pompeo wrote.

Earlier, Financial Action Task Force on Money Laundering (FATF) has blacklisted Iran that does not meet the international criteria for combating money laundering and terrorist financing.

This decision was made after repeated warnings over three years, in which the FATF called on Iran to accede to the convention on combating the funding of terrorism.

The organization’s statement said that Iran has not taken sufficient measures to criminalize the financing of terrorism, to ensure the transparency of bank transfers or to freeze the terrorist assets against which UN sanctions are directed. At the same time, the FATF left Iran the opportunity to rectify the situation.