Russia is challenging US and NATO with unique armaments of the Su-57 fighter
Read: 579 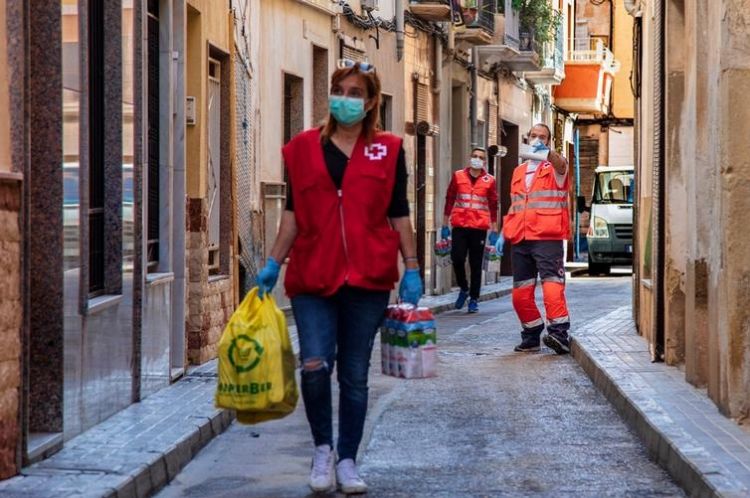 Padre Angel knows that poverty in Spain had existed long before the coronavirus crisis hit the nation. In his congregation in Madrid, he's been trying for years to do what the state isn't able to do. The church still has a major say in Spanish society and plays a crucial role in education and the fight against poverty, EDNews.net reports citing Deutsche Welle.

Besides Caritas, Padre Angel's Mensajeros de la Paz (Ambassadors of Peace) is among the many organizations in the country that give away food, do pastoral counseling and provide shelter for the homeless.

"There's never been such poverty before," said the 83-year-old. "Before the coronavirus crisis we used to give away some 100 breakfast packages a week; now it's the same amount per day." For a long time, the state had been reluctant to introduce welfare benefits for those in need, "despite their number having increased considerably over the past 10 years," as the padre knows from his own experience.

Back in 2011, many victims of the global financial crisis and corruption in Spain took to the streets to demand a fairer economic order. It was not before a leftist coalition government took over in January that first steps were taken toward more social justice.

Current figures are not available, but a 2018 Banco de Espana (Spain's central bank) report shows that poverty has been on the rise since 2009, particularly among the 45-to-54-year-olds. Over 10 years ago, 720,000 households were affected by poverty — nine years later the figure had swollen to 1.2 million.

Although questioned by many at home, the European Commission is in favor of the basic security benefits that Spain is now granting despite high public deficits. These benefits are only for people whose gross annual income does not exceed €16,000 ($17,900) or for households with 4 family members and an aggregate income of less than €45,000 annually.

"Every crisis has exacerbated social inequality in Spain, and the coronavirus pandemic has been the third severe blow to our economy since we joined the EU," noted the head of the Spanish branch of Caritas, Francisco Lorenzo.