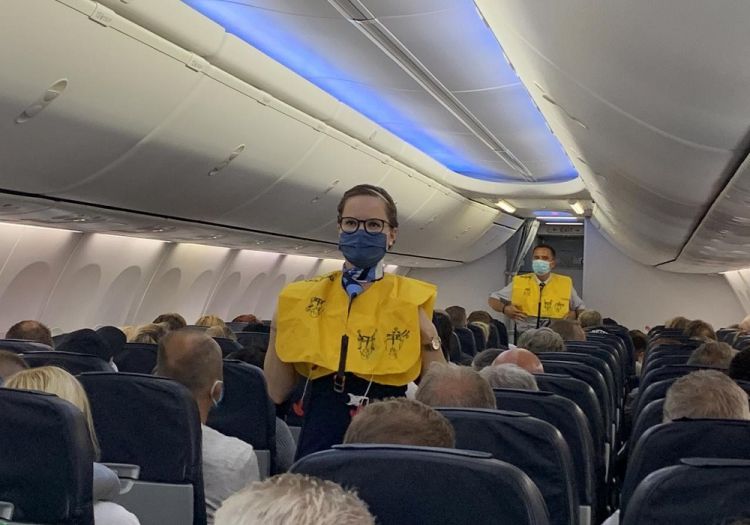 Spain reopened to a select group of German tourists on Monday in a pilot project which will bring 10,000 holidaymakers to the Balearic Islands to find out how mass tourism can work in a time of coronavirus, EDNews.net reports citing Reuters.

Hotels are limited to running at 50% occupancy and will have infra-red cameras at their entrances to measure guests’ body temperatures. The government is limiting to 10,900 the number of test participants. But few were deterred.

“It’ll be quieter than normal,” said one face-mask wearing holidaymaker, ready in a short-sleeved shirt.

“But it’s a good feeling that it’s all starting up again. That we can travel again.”

On Sunday cleaners clad in protective face coverings wiped surfaces and laid out cutlery on buffet tables at a hotel in Palma de Mallorca, where newly installed floor markings directed guests to observe social distancing while moving around.

European nations eased border controls on Monday as the number of coronavirus cases declined, but Spain’s continued closure, a patchwork of quarantine rules and remote-working mean pre-crisis travel levels are a way off.

Spain, one of the world’s most popular tourist destinations, started closing to international tourism after the epidemic triggered the declaration of a state of emergency on March 14. But the government has been under growing pressure to reopen a sector that employs one in eight Spanish workers.

In 2019, Germans made up a third of international tourists to the Balearic Islands, an archipelago off Spain’s east coast that includes the iconic party island of Ibiza. But holiday life will be much more low-key than normal.

“Holidaymakers can be happy that the beaches in Palma have never been so empty,” said Aage Duenhaupt, a spokesman for TUI.

“But there won’t be parties in the same way this year. And we have rejigged the sport offerings in the hotels. There’ll be more individual sports and no team activities.”