Azerbaijan has right to use its armed forces to take back its legally acknowledged territory - British journalist
Read: 2378 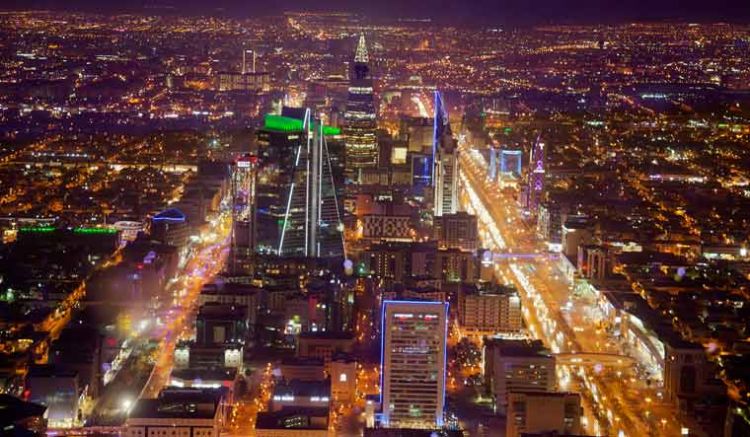 After three consecutive months of raising its crude oil prices, the world’s largest oil exporter, Saudi Arabia, is widely expected to make the first cut to its official selling prices (OSPs) since the OPEC+ group started their record production cuts to prop up the market and prices amid crashing demand.  Oil refiners and traders in Asia largely expect the Saudi oil giant Aramco to cut the price of its crude oil going to Asia in September as faltering oil demand recovery is depressing refining margins and weakening the Middle East oil benchmarks against which the producers in the Gulf set their prices for Asia.

According to a Reuters survey of five Asian refiners, the industry expects Saudi Arabia to cut the price of its flagship Arab Light crude grade to Asia for September by an average of US$0.61 per barrel.

A Bloomberg survey of eight Asian traders and refiners showed similar expectations, with a median forecast of a cut of US$0.48 a barrel.

This would mean that Saudi crude Arab Light loading for Asia in September could be priced at a premium of US$0.72 a barrel over the Dubai/Oman benchmark, down from the premium of US$1.20 per barrel for the August loadings, which Saudi Aramco announced in early July in the third hike of its crude prices in three months.

While the Saudi price hikes in the past three months signaled oil demand recovering and Middle East Dubai/Oman benchmarks strengthening as supply grew tighter after the OPEC+ cuts, the expectations of lower Saudi prices going forward is a sign that demand recovery is stumbling and dragging the Middle East benchmarks and refining margins down.

Related: Oil Market Contango Returns In A Sign Of New GlutThe pricing of Saudi crude, typically released around the fifth of each month, generally sets the trend for the pricing for Asia of other Gulf oil producers such as Kuwait, Iraq, and Iran. The pricing of Saudi Aramco affects as much as 12 million barrels per day (bpd) of Middle Eastern crude grades going to Asia.

The Saudi crude pricing is also a telltale sign of demand for its crude and of the market fundamentals and refining margins across regions.

The first reduction of Saudi oil prices in four months – if Aramco matches refiners and traders’ expectations – will be yet another signal that oil demand recovery is slower than anticipated just a month ago.

There are already signs that demand is faltering and another glut is imminent. The Dubai market structure flipped again in late July into contango—the situation in which front-month prices are lower than prices in future months, pointing to a crude oil oversupply. Over the past week, the Brent Crude futures curve has also flipped to contango as sluggish demand and returning production from the U.S. and OPEC+ weigh on market sentiment.

Refining margins across Asia, especially for jet fuel and gasoline, are weakening because of stalling demand. Chinese exports of fuel are also weighing on regional margins.

Refiners in India, for example, are now cutting processing rates because fuel demand – up from the lows in April and May – has slowed this month as fuel prices are higher and parts of India are again under local lockdowns, while the monsoon rain season is also stalling economic activity and transport, officials at refineries told Reuters this week.

Weeks ago, it became evident that oil demand recovery wouldn’t be a V-shaped story, but the recent resurgence in COVID-19 cases in many parts of the world and the real possibility of new lockdowns – albeit localized – has slowed, if not stalled, the fragile recovery.

Faltering demand, the influx of supply as OPEC+ eases the cuts from August 1, weak market structure, and still weak refining margins may leave Saudi Arabia no choice but to meet customer expectations and cut its oil prices, for the first time in four months.