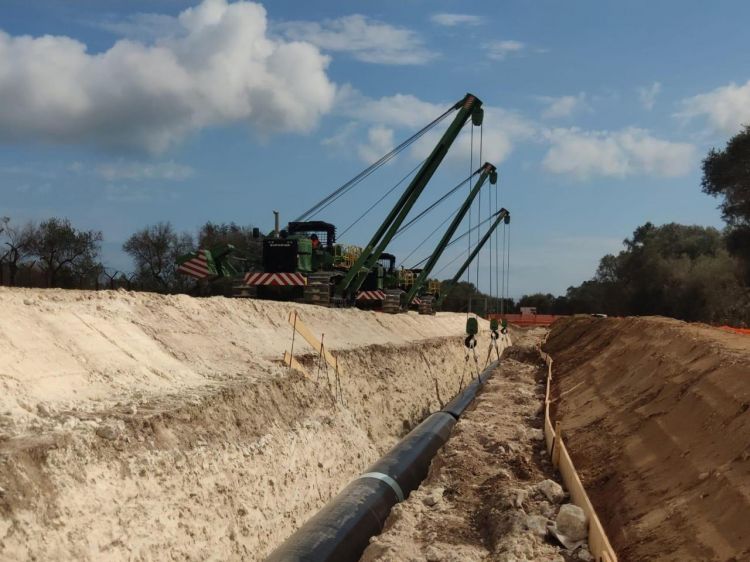 The Trans Adriatic Pipeline (TAP) is a vital project for Greece and the EU, especially after the Ukrainian crisis, Panagiotis Prevezanos, Minister Counsellor for Economic and Commercial Affairs, Greek embassy in Baku, told Trend.

“It is an important first step towards enhancing energy security in Europe as a whole within the context of the Southern Gas Corridor. We are working very hard, together with the other two countries involved (Albania and Italy), in order to get the gas flowing according to schedule,” he said.

Prevezanos noted that Greece aims at enhancing our role as an “energy security provider” for Europe.

“Greece is becoming a physical gas hub in Southeast Europe, given the delivery of Caspian volumes through the Southern Gas Corridor and TAP, the access to LNG in the Aegean, including the existing terminal in Revythoussa and the planned LNG terminal in Alexandroupolis, as well as the development of gas resources in Eastern Mediterranean,” he added.

The minister counsellor pointed out that the TAP pipeline project is one of the largest direct foreign investments for Greece placing the country firmly on the energy map of Southeast Europe.

“We are also determined to complete the construction of the Interconnector Greece-Bulgaria. Some 1 bcm/year of its initial capacity is expected to be used for carrying Azerbaijani gas from TAP to Bulgaria. We are cooperating closely with Sofia on the IGB issue. TAP interconnection with IGB is very important. The more supply networks are created, the stability in the region increases,” he added.

Prevezanos noted that Greece, as an EU member-state, supports the European Union's policy for the diversification of energy sources and routes.

“In this context, we believe that no country should depend entirely on one, single supplier, through an exclusive route of energy sources. It is obvious that our efforts should be aimed at diversification and integration. In creating the conditions that will make our markets more competitive and that will increase their liquidity,” said the minister counsellor.

He said that yet there are challenges especially in SE Europe:

· Our infrastructure is transit oriented and mainly contains East-West running pipelines. There is little or none reverse flow capability;

· Almost all of the gas imported in the region is sourced from Russia;

· Our markets are relatively small. A reality that precludes the large volumes of investment;

· There is low level of interconnectivity in our region, this again makes it less attractive for investment,” he added.

“The delivery of Caspian volumes though the Southern Gas Corridor and TAP, access to LNG in the Aegean as well as the potential of the development of gas resources in the EastMed and the possibility of its transit to Europe. Especially, the prospects for the Southern Gas Corridor look as promising as ever and all parties are committed to seeing the quantities of Azerbaijani gas reaching Western Europe by the end of the decade,” he concluded.

After almost four and a half years since the start of construction, the Trans Adriatic Pipeline is substantially complete.

The TAP pipeline has been filled with natural gas from the Greek-Turkish border up to the pipeline receiving terminal in Southern Italy.

TAP is currently finalizing preparations for launching the commercial operations and offering capacity to the market in alignment with the adjacent TSOs.

The Interconnection Point between TAP pipeline and the natural gas transmission system of Snam Rete Gas in Puglia (Italy) is expected to be completed and ready to transport gas by mid-November 2020.