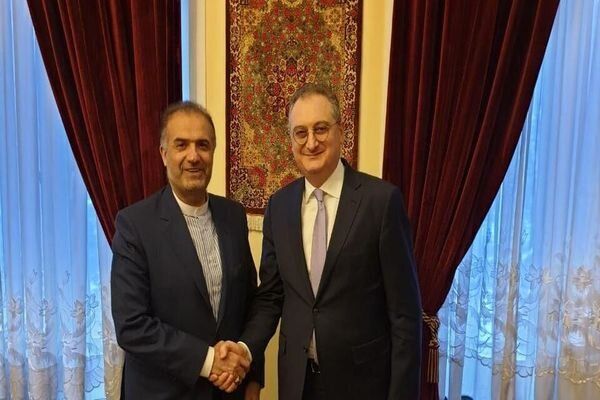 Iranian Ambassador to Russia and Deputy Foreign Minister of the Russian Federation conferred on the expansion of bilateral relations and regional issues on Thursday, Mehr news reports.

Both sides emphasized boosting ties in various fields including energy, agriculture, and transport.

The Islamic Republic of Iran and Russia have close cooperation regarding Central Asia and the South Caucasus and regularly consult on the status of these regions.

Tehran and Moscow view the presence of trans-regional powers, especially the United States and NATO, in the Central Asian region as Common external threats.

Iran and Russia are implementing several joint projects including the Bushehr nuclear power plant, the first unit of which is currently operational, and the construction of the second unit began a year ago.