Space hurricane which rains electrons instead of water discovered by scientists
Read: 1675 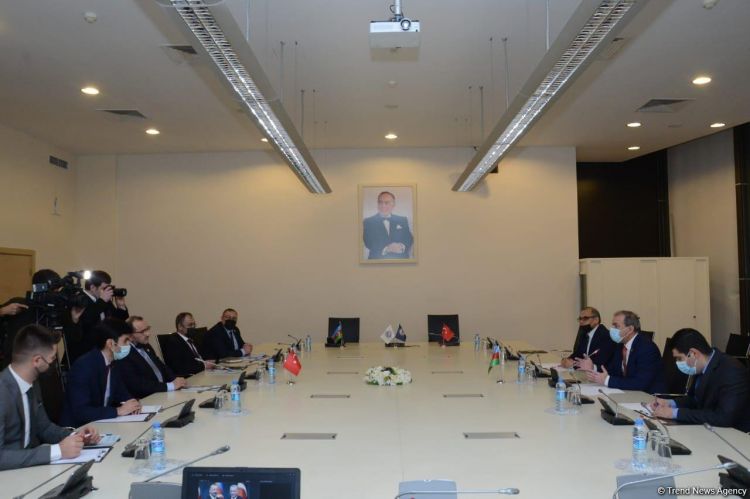 Turkish companies are planning to invest $50 million in the construction of textile factories in Azerbaijan’s liberated territories, the chairman of TÜMKİAD (Turkish Association of Business People and Entrepreneurs) Ilhami Ozturk said.

According to Trend, a memorandum of understanding on the construction of textile factories was signed between TÜMKİAD and the National Confederation of Entrepreneurs of Azerbaijan during Ozturk’s visit to Baku.

Ozturk said that the organization he leads is ready to support restoration work in Azerbaijan’s liberated territories, adding that his visit aimed at discussing restoration work issues with relevant state structures.

He emphasized that the construction of industrial plants and textile factories is envisaged as a priority in the support program for Azerbaijan in this direction.

Moreover, he noted that TÜMKİAD is engaged in many areas, but at the initial stage, it is planned to invest in the textile sphere. Ozturk added that after discussions in Azerbaijan it would be determined what work would be carried out in other spheres.

Earlier, Azerbaijani President stated that companies from friendly countries will take part in the reconstruction works to be carried out in liberated territories.

"Large-scale construction work will be carried out. Of course, first of all, Azerbaijani companies will take part in this work, and we will invite companies from countries that are friendly to us," he stated.

The Azerbaijani government has allocated AZN 2.2 billion ($1.3bn) for reconstruction works in the liberated territories in 2021. In particular, these funds will be used to restore the infrastructure (electricity, gas, water, communications, roads, education, health, etc), as well as cultural and historical monuments.