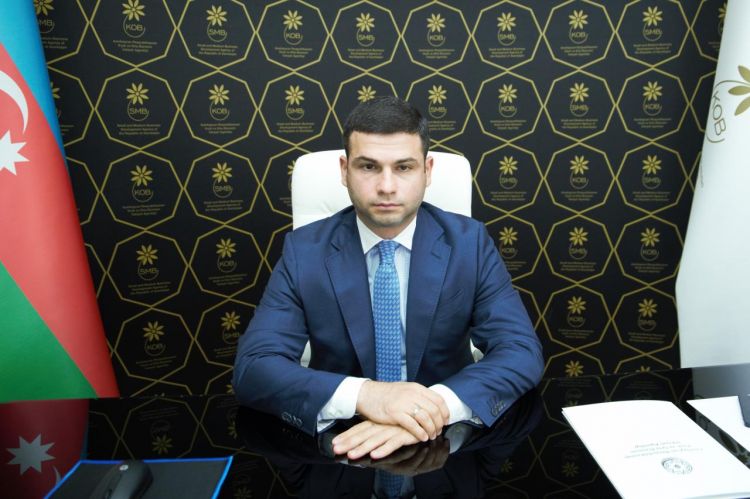 Azerbaijan and Turkey are expanding cooperation in the field of small and medium-sized businesses as part of growing economic ties between the two countries, Chairman of Azerbaijan’s Agency for Development of Small and Medium-sized Businesses Orkhan Mammadov has said, Eurasia Diary reports citing Azernews.

Addressing an online event titled "Azerbaijani-Turkish business forum: current situation and prospects" held on April 20, Mammadov emphasized that the Agency is ready to support Turkish businessmen working in Azerbaijan or wishing to open their own business.

The Agency’s chairman stated that the liberation of Azerbaijan’s lands has created new opportunities for local and foreign businessmen, including Turkish businessmen, to participate in business activities in these lands.

Furthermore, he underlined that the Agency is ready to support the implementation of new projects by Turkish businessmen in the priority sectors identified by the state for the post-pandemic period in Azerbaijan.

He stated that informing SMBs about potential opportunities for mutual investment and the creation of joint ventures with Turkish businessmen are also promising areas for cooperation.

Chairman of the Public Council under the SMB Agency Farhad Garashov noted that the forum was organized to expand the activities of Turkish businessmen in Azerbaijan, discuss relevant issues related to their activities and further develop ties between the entrepreneurs of both countries.

Turkey’s Small and Medium Enterprises Development Organization Chairman Hasan Basri Kurt, Commercial Counselor of Turkey in Azerbaijan Eser Chengel, Turkey's Independent Industrialists and Businessmen Association representatives Abdurrahman Uzun and Mukhterem Oz shared their views on opportunities to expand existing cooperation and connections between businessmen of both countries, in particular on a partnership in the SME sector, made various proposals for cooperation.

The online forum was devoted to trade, investments and cooperation in the sphere of small and medium businesses. The forum was attended by representatives of the State Customs Committee, the Azerbaijan Export and Investment Promotion Foundation, Azerbaijan Investment Company, the Agency for Agrarian Credit and Development, the National Confederation of Entrepreneurs' Organizations of Azerbaijan, Turkey’s Small and Medium Enterprises Development Organization, Turkey's Independent Industrialists and Businessmen Association, as well as businessmen from both countries.