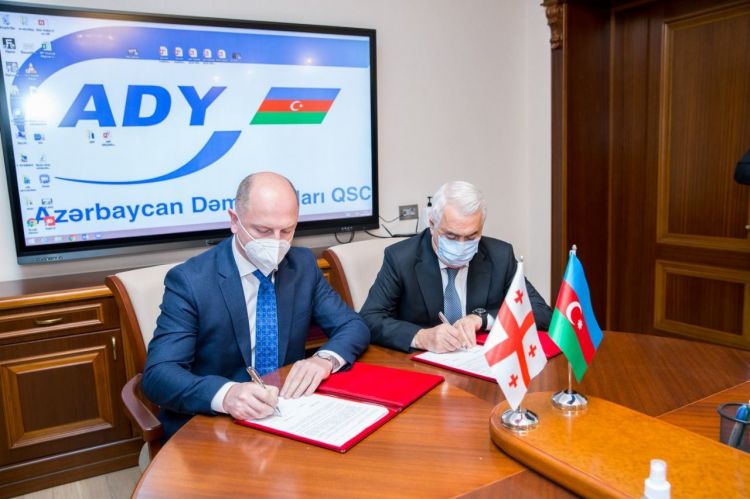 Gurbanov made the remark at the meeting with a delegation led by Director General of Georgian Railway JSC David Peradze.

"Azerbaijan is actively involved in the implementation of all significant international projects,” the chairman of the Azerbaijan Railways company added. “Geographic advantages further expand logistics and transit opportunities. Azerbaijan has become an important international transport hub."

“The cooperation between Azerbaijan and Georgia in the field of railways is always in the spotlight,” Gurbanov added.

Gurbanov stressed the importance of the Baku-Tbilisi-Kars railway line for the implementation of transit cargo transportation.

"The appropriate reforms are being carried out to increase the transit potential of the countries involved in the North-South and South-West transport corridors, as well as the Trans-Caspian International Transport Route," chairman of the Azerbaijan Railways company, said.

In turn, Peradze stressed the importance of the Baku-Tbilisi-Kars (BTK) route.

"The BTK railway corridor is global in nature and makes a great contribution to the stability of the region, the rapprochement of our peoples, and the development of the economy," Peradze said.

The sides also stressed the mutual interest in the further development of BTK and TMTM, the possibility of attracting additional cargoes which are transited through Azerbaijan and Georgia.

A protocol on bilateral cooperation was signed following the meeting.