UK economy shrinks by only 1.5% in Q1 despite lockdown | Eurasia Diary - ednews.net

UK economy shrinks by only 1.5% in Q1 despite lockdown

Official figures show that the British economy contracted by 1.5% in the first quarter of 2021, a relatively modest contraction given that the country was in the midst of a strict lockdown to combat a second wave of the coronavirus 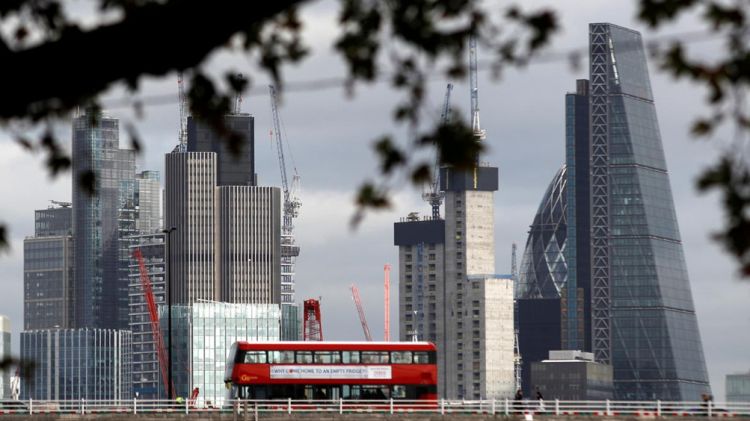 Official figures show that the British economy contracted by 1.5% in the first quarter of 2021, a relatively modest contraction given that the country was in the midst of a strict lockdown to combat a second wave of the coronavirus.
The Office for National Statistics also said Wednesday that the economy even managed to grow by 2.1% in March when the country began easing some of the restrictions.
The overall first quarter figures provide further evidence that businesses and consumers have adapted to the constraints of lockdown by increasing their online activities. In the second quarter of 2020, when the first lockdown was in place, the British economy contracted by a fifth.
The agency said the strong recovery seen in March was led by the retail sector and the return of schools. The construction and manufacturing sectors also did well as businesses continued to adapt to the pandemic.
Treasury chief Rishi Sunak said the March performance is “a promising sign of things to come.”
The statistics agency also said that exports of goods to the European Union increased in March and are now almost back to where they were in December, the last month that Britain was part of the European single market and customs union. The new free trade deal between a post-Brexit Britain and the EU came into force at the start of 2021, leading to disruption in trade which the British government said represented some early teething problems.
Still imports from Europe remained sluggish in the first three months of the year, outstripped by non-EU imports for the first time on record.