Georgia could be platform in Turkish-Armenian rapprochement - Expert
Read: 244

Azerbaijan, Turkey and Pakistan will continue to strengthen the partnership in defence and security - Ambassador
Read: 230

Over 99.9m barrels of oil transported within BTC 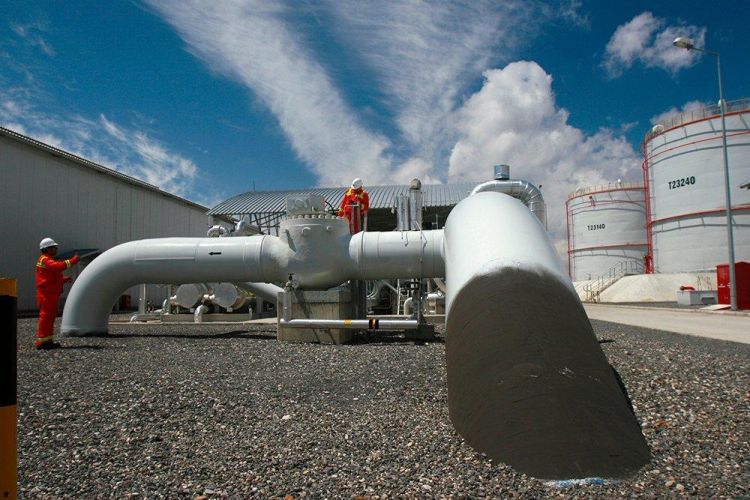 Over 99.9 million barrels of oil were transported from Turkey’s Ceyhan terminal of the Baku-Tbilisi-Ceyhan (BTC) pipeline in the first half of 2021, Azertag reported.

Overall, 3.5 billion barrels of oil in 4,659 tankers have been dispatched from Turkey’s Ceyhan terminal from the commissioning of the Baku-Tbilisi-Ceyhan pipeline between 2006 and late 2020.

It should be noted that 1.7 million barrels of oil were dispatched from the Ceyhan terminal in 2020.

The Baku-Tbilisi-Ceyhan pipeline is a transport line for Azerbaijani oil from the Caspian Sea to the port of Ceyhan in Turkey, and then to European markets via the Mediterranean Sea.

The total length of the pipeline is 1,768 km, of which 443 km pass through the territory of Azerbaijan; 249 km to Georgia; 1076 km to Turkey. The projected capacity is 50 million tons of oil per year or one million barrels per day.

Currently, oil from the Azeri-Chirag-Guneshlu block of fields, condensate from Shah Deniz field, as well as SOCAR oil is transported via the Baku-Tbilisi-Ceyhan pipeline.