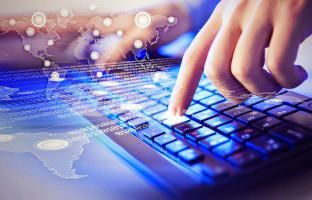 Azerbaijan ranked first in the UNESCAP "Assessment of readiness for cross-border paperless trade" among CIS countries in 2020, the Center for Economic Reforms Analysis and Communication of Azerbaijan reported in its recent Reform Review, Eurasia Diary reports citing Azerinews.

According to the UNESCAP report for 2020, Azerbaijan showed a five-percent-increase with an overall 86.02 percent in terms of paperless trade in the CIS last year.

The global average for paperless trade was 64.95 percent, while this indicator was 81.86 percent in developed countries.

The Reforms Review noted that the extensive reforms carried out by the Azerbaijani president, the creation of the “digital trade center” portal and other measures taken, led to the simplification of cross-border trade procedures, stimulated the development of electronic and paperless trade, especially cross-border paperless trade.

Additionally, it was noted that Azerbaijan was one of the first countries to sign the framework agreement on the facilitation of cross-border paperless trade in the Asia-Pacific Region, which contributed to the improvement of the country’s position in this area in the world.

Earlier it was reported that Azerbaijan’s position in the Doing Business report rose from 34th to 28th place, in the Index of Economic Freedom from 44th to 38th place and in the Global Cybersecurity Report from 55th to 40th place.