Reconstruction of Karabakh will encourage economic development - Ministry of Finance 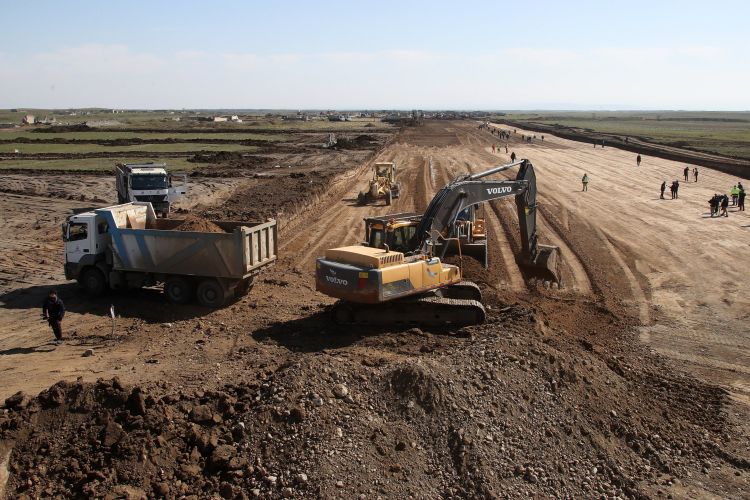 One of the main spending priorities for 2022-2025 will be the elimination of the consequences of the war, the restoration, reconstruction and reintegration of the liberated territories into the country's economy, reads the statement of the Ministry of Finance on the macrofiscal framework for 2022-2025 and the summary and preliminary indicators of the state budgets for 2022, APA reports.

It was noted that as a result of Armenia's aggression against the Azerbaijani state and people, the occupation that lasted for 30 years, our regions and cities, including hundreds of settlements, houses, state property and private property, numerous infrastructure facilities were destroyed and rendered completely useless. Immediately after the end of combat operations, work has begun to ensure the activities of the Azerbaijani Army, Border Troops, internal affairs, security agencies, mine clearance, as well as water, electricity, gas supply, restoration of communications, as well as the construction of road infrastructure in all liberated territories.

Starting from this year, there is a need to continue these activities on a larger scale in the coming years, to create conditions for the living and business activities of our citizens returning to their native lands, to finance measures to restore economic activity in these areas. At the same time, the damage caused to the civilian population, state property, infrastructure facilities and business entities in the settlements located outside the combat zone and destroyed by the constant fire of the enemy armed forces will be covered by the state. At the same time, the state will focus on providing support to improve the material and social situation of servicemen and the families of martyrs, meeting their basic needs, paying for material, medical and other social expenses. Thus, in the medium term, the state budget will create sufficient opportunities for investment. On this basis, appropriate funds are provided to support the work to be done through the public investment program, especially in the liberated lands. All measures aimed at increasing the efficiency of the work to be done in the liberated territories, as well as in a centralized manner, will be implemented on the basis of a single concept under the Strategic Action Plan.