Russia calls for negotiations over gas crisis in EU - ednews.net

Russia calls for negotiations over gas crisis in EU 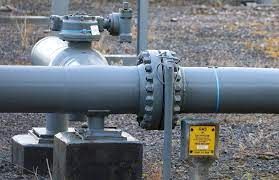 Russia considers a new gas crisis in Europe possible in the future: "I do not rule out the possibility of such a situation repeating itself," Alexander Novak, the deputy head of government responsible for energy issues, said on state television on Saturday.
He therefore called on EU leaders to negotiate: "We are ready for dialogue."
Russia had held out the prospect of further deliveries. However, Novak said, there have been no requests for this.
According to him, about 25 million cubic metres of gas are missing in European storage facilities. "Something should be done about this," Novak said.
The energy superpower has repeatedly rejected responsibility for the increased prices.
Russia was fulfilling its contractual obligations in full, the deputy head of government said. Deliveries to the world markets had even been increased by 15 per cent compared to the previous year.
Russia itself had consumed more gas in 2021 than it had in a long time. Novak attributed this to the cold winter and the recovery of the economy.
Most recently, President Vladimir Putin had promoted the rapid commissioning of the Nord Stream 2 pipeline, which aims to bring natural gas from Russia through the Baltic Sea to Germany.
Deliveries via this route would ease tensions on the heated gas market, Novak said. The pipeline has been completed, but the German authorities have yet to issue an operating permit.