Turkey’s mediation may be beneficial in avoiding the large-scale war between Russia and Ukraine - Expert
Read: 637

Armenia should negotiate with Turkey, Azerbaijan without mediators - Expert
Read: 295

Azerbaijan's victory will pave the way for stability and prosperity in the entire Caucasus region - Ahmad Abdo Tarabik - VIDEO
Read: 291

Expression of gratitude to Umud Mirzayev by the Chairman of the Press Council - Thanks to his personal contacts...
Read: 291 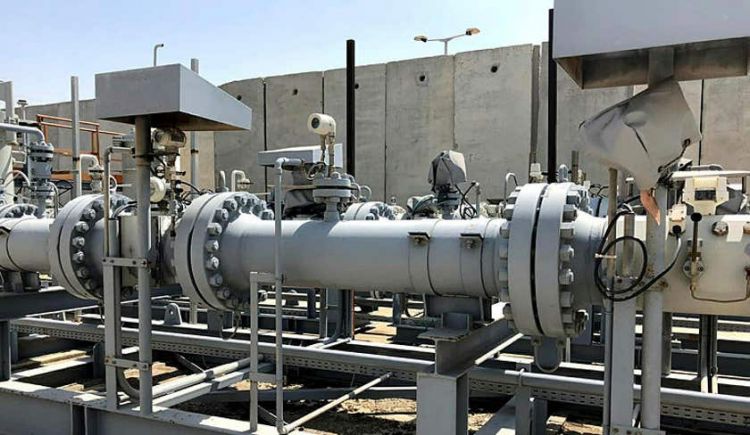 Israel is planning to build an additional overland gas pipeline to Egypt at the cost of $200 million, according to Reuters, which quoted sources in the Energy and Water Ministry. The pipeline is intended to increase gas exports, with a possibility of exporting gas from Egypt to other destinations in Europe, as the energy crisis there has led to spiking prices in recent months.
“Negotiations between Egypt and Israel are taking place regarding a possible collaboration in the area of natural gas,” said a source at the Energy Ministry. “Following Egypt’s request to obtain more natural gas, we are examining the possibility of laying another overland pipeline, under the ownership of Israel Natural Gas Lines. The route is currently under discussion at the national planning council.”
The new pipeline will run overland, and will be in addition to the maritime pipeline that is planned to run from Israel to Egypt. A committee headed by the director general of the Energy Ministry, Ehud Adiri, recently recommended that new natural gas fields be allowed to export unlimited amounts of gas. However, it recommended not allowing the existing Tamar and Leviathan gas fields to export gas beyond the current quota, which stands at 42 percent of existing reserves. The building of the new pipeline will be fully financed by exporters of natural gas.
Last September, Delek Drilling completed the sale of its part (22 percent) in the Tamar gas field to Mubadala Petroleum, owned by the Abu Dhabi government. Delek Drilling continues to hold 45 percent of the Leviathan gas field, which has projected reserves of 649 million cubic meters and 41 million barrels of condensate. In addition to Mubadala Petroleum, which will own 22 percent of the Tamar field, this field is owned by its operator Chevron (22 percent), Isramco (28.75 percent), Tamar Petroleum (16.75 percent), Dor (4 percent) and Everest (3.5 percent).
Mubadala Petroleum is an international company for the exploration and drilling of natural gas, holding natural gas assets in 10 countries. Established in 2012, the company is under the complete ownership of Mubadala Investments, which is held by the government of Abu Dhabi. The company handles assets worth $230 billion.
Elad Hochman, the executive director of the environmental organization Green Course, said in response to the news that “the building of this pipeline seals any possibility of making excuses such as fulfilling commitments made by the previous government. This is the true face of the government of change. Instead of cooperating with neighboring countries on strategic issues such as the advancement of renewable energy sources and taking real steps toward combating the climate crisis, Prime Minister [Naftali] Bennett chooses to spit in the faces of our senior partners in the U.S. just ahead of the most important global conference on reducing the use of polluting energy sources such as natural gas."
"We demand the annulment of this insane agreement, one that endangers the environment and the citizens of Israel.” he added.