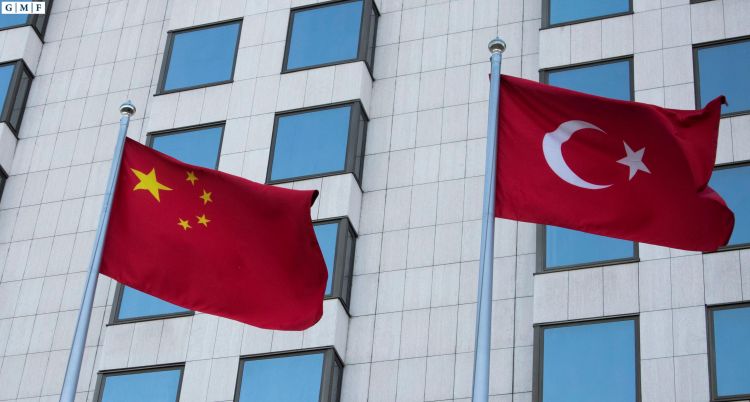 Turkey and China are moving to bolster collaboration in the field of digital technologies, as seen at an international fair held in Turkey's financial and cultural hub Istanbul.
The 2nd Mobilefest Digital Technologies Fair and Conference was launched on Thursday under the motto "Strengthening Technological Ties Between China and Turkey," to mark the 50th anniversary of the two countries' diplomatic relations this year.
China is the honored country of the fair.
Speaking at the opening ceremony of the event, Mehmet Fatih Kacir, Turkey's deputy minister of industry and Technology, said Chinese companies have recently accelerated investment in Turkey, especially in digital areas.
"We are very pleased with that," he said, expressing his hope that Chinese firms "contribute to Turkey's research and development studies and innovation efforts to a greater extent."
Furkan Karayaka, vice president of the Presidency of the Republic of Turkey Investment Office, said Turkey is one of the important countries for the China-proposed Belt and Road Initiative, in which Turkey expects to attract more investment from China-based companies in the near future.
"The existence of Turkey's qualified and educated young population constitutes an important means behind this draw," he noted.
Chinese Ambassador to Turkey Liu Shaobin said that China's digital economy reached 39.2 trillion yuan (about 6.2 trillion U.S. dollars) in 2020, accounting for 38.6 percent of its gross domestic product, becoming a key driving force for stable economic growth with a rapid growth rate of 9.7 percent.
"In recent years, with the development of the relations between China and Turkey ... more and more outstanding Chinese companies have entered the Turkish market, becoming an important force in promoting the development of digital technology in Turkey," the ambassador said, joining the opening ceremony online.
According to Zhou Yanquan, leader of the Chamber of Commerce for Chinese Enterprises in Turkey, there are more than 30 Chinese digital companies with investment or partners in Turkey's market.
The Chinese tech giant Huawei's research and development center in Istanbul is its largest overseas, he said, noting that the ZTE Corporation, a Chinese telecommunication company, has become a shareholder of Turkish systems integration provider Netas.
Several Chinese mobile phone manufacturers, such as Xiaomi, OPPO, Vivo, and Tecno Mobile, have also established production facilities in Istanbul recently.
"Digital technologies have brought thousands of job opportunities to the Turkish local market while the companies paid a significant amount of taxes to the Turkish government," Zhou said.
Dogukan Cavdar, ZTE wireless product marketing manager, told Xinhua at the fair that his company would help mobile operators introduce 5G technology in Turkey within two years.
"We aim to bring the know-how and the technology from overseas, from China to the Turkish market," he said.
The fair, which runs until Saturday, is expected to draw more than 10,000 visitors both online and in person, including local and global corporate buyers and industry professionals, according to the organizers.